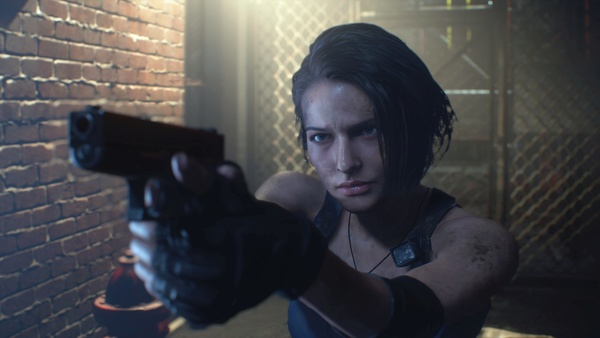 In Resident Evil 3, players will follow Jill Valentine's escape from Racoon City, which was overcome by zombifying viruses produced by the nefarious Umbrella Corporation.]

The game will be released in full on April 3 and will also include multiplayer Resident Evil Resistance, which lets players join a group of survivors or as a mastermind who sets traps to kill other players.

An open beta for Resident Evil Resistance will be available from March 27.