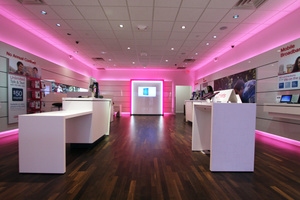 Smartphones have made many of the world's leading technology companies what they are. Without a doubt Apple wouldn't be today's Apple without the iPhone.
Many of the leading manufacturers and their partners have been on the smartphone hype train for a decade or more. For most of it, in fact until very recently, it has provided them with immense growth and great profits.

However, it seems that the smartphone industry is now in a crucial spot of reckoning. The past year or two have been much tougher on them than what they are used to, and last month with Chinese factories closing meant a decline that no one expected.

According to Strategy Analytics, smartphone shipments declined a massive 38 percent in February. A total of 61.8 million units were shipped last month compared to 99.2 million previous February.

This is by far the largest decline ever in smartphone history.

March is likely not going to be much better, even though factories in China are pumping out again much more product, as people in the west are stuck at home, and uncertain about their financial situation.

Strategy Analystics expect a lot of the products to be sold on a discount soon as manufacturers and retailers are stuck with products that aren't selling fast enough, and are getting obsolete every second they spend on the shelves.

Companies knew that smartphone sales was already stagnating, growth had stopped and decline was inevitable, but the current crisis made it much worse, for now. Nevertheless, one can expect at least a comeback after the virus is defeated.

Tweet
Tags: smartphone sales Smartphones Smartphone China coronavirus
<Tesla can make ventilators if there is a shortage, Elon Musk says >Mobile carriers share location data to governments in fight against coronavirus
Previous Next
Comments have been disabled for this article.