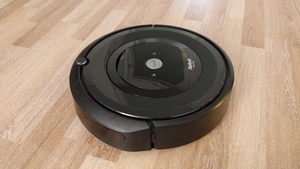 iRobot is the world's largest manufacturer of robotic vacuums. Its robovacs are sold under Roomba brand name globally. The problem is that there are tons of different Roomba models out there and Roomba's naming convention is no straightforward.
In this article, we try to clarify how various Roomba models differ from each other - and also to shine some light on Roomba's odd naming conventions. We have reviewed almost all Roomba models that exist, and thus the opinions mentioned on each model / series are based on our extensive reviews.


First of all, Roomba's naming convention can be confusing. The company has improved its game lately in this particular area, but it still causes confusion to consumers all over the world.

If a specific Roomba model has three numbers in its model name, only the first two numbers matter.

That is to say: Roomba 675 is exactly the same device as Roomba 676 is. The last number only indicates that some small details might differ: typically the last number indicates the color but it can simply be a way to determine which retailing giant has exclusive right to sell the specific model - model still being exactly the same as everyone else has, but the last number differs. Sure, in some cases models that have different last numbers might carry a different set of bundled accessories: one model might come with one replacement brush, another one with two. But the vacuum is always the same if the two first numbers match.

If Roomba's model starts with a letter, only the letter and first number are significant.

For example, Roomba e5 is widely sold also as Roomba e5152 in Europe. But no matter what the numbers are, it is still the very same Roomba e5, the latter numbers don't matter at all. Sure, again, they can indicate either retail channel, number of accessories the device ships with, color - or simply the geographical area the device was aimed for (say, Europe or the United States).

...and finally, the third rule:

If the product name has a plus sign at the end of the model name, it ships with a Clean Base unit.

So, Roomba i7 and Roomba i7+ are technically the same device, but Roomba i7+ ships with the Clean Base dock, which has the auto-emptying feature for emptying the device's dustbin automatically. 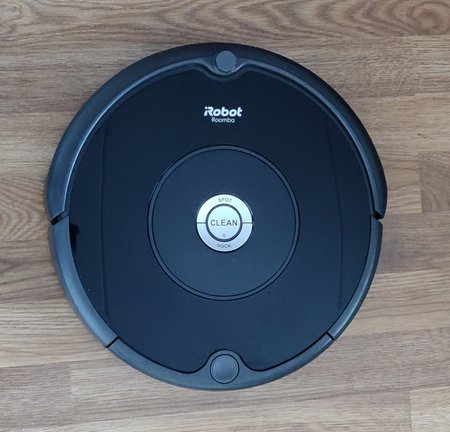 As of now, the Roomba 600 series is the cheapest entry-level robovac in Roomba's line-up. It is meant for people who are shopping for their first robovac - or don't have the means to use smartphone or don't have WiFi at their home.

Unfortunately, based on our tests, Roomba's 600 series is also the one that we wouldn't recommend getting. In our review of Roomba 605 we noticed that it doesn't do a very good job in cleaning, it has a tendency to stink like .. well, an old vacuum and it had serious problems with all sorts of rugs and carpets. 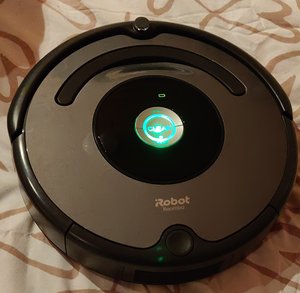 Significantly better than the basic 600 series. Supports network connectivity and can be controlled with a smartphone. Has scheduling options. Better filter: doesn't smell bad, like the 600 series does.

If you're buying your first robovac and just want to try a cheap one first, the Roomba 670 series is a good option there.


Again, just to confuse the living heck out of consumers, the Roomba e6 is actually exactly the same device as Roomba e5. The only differences are that e6 has a different color than e5 and e6 always ships with a virtual wall unit. Based on feedback, for e5, it seems to "depend" slightly whether your package includes virtual wall unit or not. But thhe color is different, that's for sure. No other differences whatsoever. 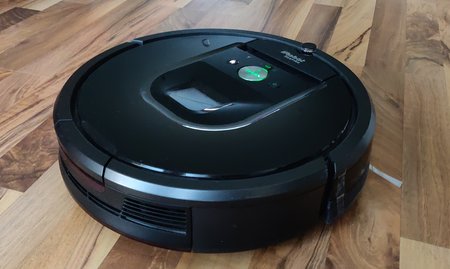 Roomba 980 series is Roomba's slightly older premium model, dating back to 2017. It is still widely available and has been software updated quite regularly by iRobot, so we added it to the list, too.

Roomba 980 was the first Roomba model to have full mapping features available: it can map the house and continue cleaning if the battery runs out of juice before it gets the entire area cleaned. This means that 980 is suitable also for very large homes, as it can continue its duties even after it has charged itself.

Roomba 980 also happens to be the loudest robovac we have ever tested. Its "carpet mode" feature puts a "turbo boost" to its suction when it detects carpet or a rug - and it sounds a bit like a fighter taking off when it does that.

Roomba 980 is overall an excellent product. Not as good as its successors in Roomba's top-end line, but as the model is currently being phased out, you might get yourself a great deal if you find 980 in deep discount. 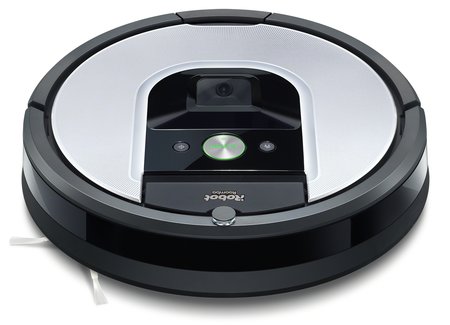 This one is weird. There used to be an older Roomba 970 series back in 2016 or so. But in 2020 Roomba released a new Roomba 970 series that has been available mostly outside the United States only - namely, in Europe and in some Asian countries.

The Roomba 970, the year 2020 edition is basically a slightly toned-down version of the above-mentioned Roomba 980. Most notably, 970 has a smaller battery than 980, it lacks the carpet boost feature and its mapping abilities have been slightly crippled.

It does, however, support the recharge and resume feature, meaning that it can continue its cleaning after it runs out of battery - and thus, is suitable for bigger homes than e5 and other cheaper models. 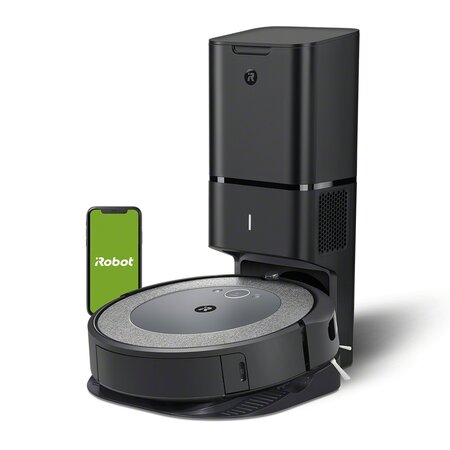 Roomba i3 series was launched back in 2020 as the "higher mid-price" option in Rooomba's lineup. Basically, it is the cheapest Roomba that can have a self-emptying dustbin option.

Now, here, it is good to remember that the self-emptying dustbin feature comes with the "plus models" only. So, i3+ can empty its own dustbin, but i3 can't. Otherwise, these two models are identical. And the dustbin feature can be upgraded to i3 separately, but it will cost more than the difference in the price of i3 and i3+.

As a vacuum, i3 is basically a stripped-down version of i7 series. A very good vacuum that has remote controlling, scheduling, good cleaning results, recharge and resume feature, and more. However, its mapping abilities have been slightly crippled, just like with 970 series. This means that while you can see the area the vacuum covered, you can't create virtual no-go zones or edit the map, or command your i3 to clean just a specific room.


Yay for weird naming conventions again..! Roomba i4 is exactly the same thing as Roomba i3.

Only one difference: i4 can be only bought from Costco in United States and Canada (and possibly through some other exclusive retailers in othehr continents). 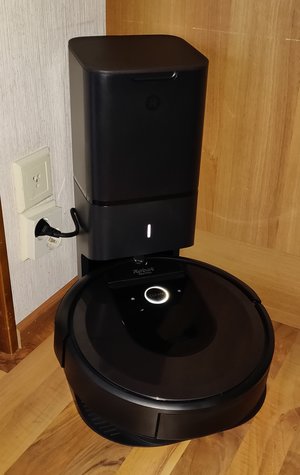 The i7 series is Roomba's former flagship robovac. And in our opinion, it is still the best Roomba you can get, even better than its successor, the s9.

Roomba i7 is, just like i3, a model that can have a self-emptying dustbin if you opt to buy the "plus" model. If you buy the basic i7, you can upgrade it later to have the Clean Base dustbin mechanism, but with a higher cost. Whether you buy i7 or i7+, they're the same device.

Oh, and man, i7 is good! It is the best robotic vacuum we have tested, ever. It is the only robovac that didn't get stuck with rugs or carpets in our test homes during our extensive four-month review period.

As its features, it has full mapping capabilities: you can name rooms, command i7 to clean only the rooms you want it to clean; you can create no-go zones through the smartphone app, etc.


Again, Roomba's model naming is confusing.. Roomba i6 series is identical to Roomba i7 series.

There are only two differences here: Roomba i6 is Amazon exclusive. And i7 ships with more accessories than i6 (namely, more spare dustbags and filters). Other than that, no difference whatsoever.

Roomba i8+ is almost exactly the same thing as Roomba i7+.

Roomba i8+ doesn't have a "non-plus" sibling, so there's the version with Clean Base only. The i8+ is Costco exclusive model, meaning that you can't buy it from anywhere else other than from Costco.

And i8+ actually has one significant difference when compared to i7+, too: Roomba i8+ has a 20 percent bigger battery than Roomba i7+ has. Other than that, they're the same thing.

As confirmed by iRobot: 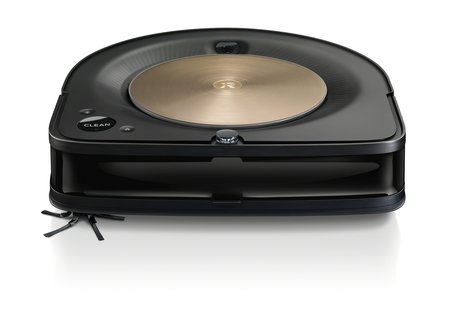 And finally, there's Roomba s9, the flagship model of the Roomba lineup, released back in 2019. It looks totally different from all other Roomba models, as its design resembles that of Neato robovacs: it isn't circular like other Roombas are.

It is the official successor or i7 series, but in our tests and reviews i7 beats it in most areas: the s9 gets stuck slightly more often and i7 does a better job at the actual cleaning than s9 does.

Again, s9 has two variations: the plus model and the "non-plus" model. The difference here is, again, the fact that s9+ comes with a Clean Base charging station while Roomba s9 ships with a traditional charging station.

It is an excellent vacuum, one of the best we've ever reviewed, but still, in our opinion, Roomba i7 is still a better choice.


These models are old Roomba models, phased out years ago. They're still sold at some retailers, but they originate from the year 2017 or earlier. As we haven't reviewed these models and as they're already end-of-life models, we aren't going to go into their specs or details here. The same applies to older 900 series models, like Roomba 960 series. 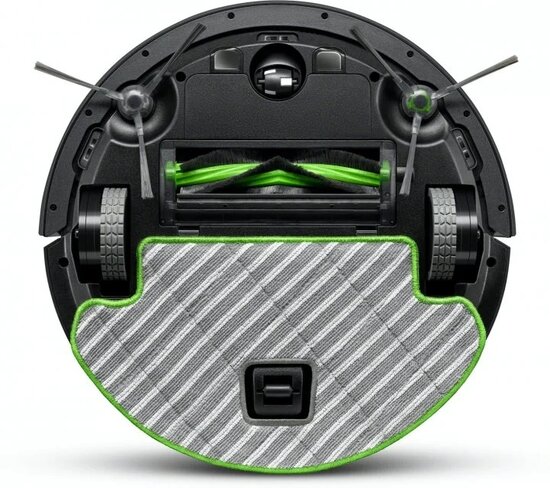 Ah, finally, there is this one. The weirdest of them all. Launched around end of year 2020, Roomba Combo, first device from iRobot to combine vacuum and robot mop together.

Actually, no. The Roomba Combo isn't manufactured by iRobot at all. It is 100% made by Chinese companny called Ecovacs, known for their cheap robotic vacuums. The product is simply a rebranded Ecovacs device that has nothing to do with "real Roomba", other than the sticker on top of it - and coloring of its parts.

Sold mainly in Europe and other areas outside Americas, it is simply a clever way to cash in with Roomba brand. The deal between iRobot and Ecovacs was formed back in May 2020 and the Roomba Combo is the first product to come out of that partnership.

As a product itself, it doesn't use any of the existing Roomba parts, like batteries, brushes, wheels, etc.

We haven't been able to review it yet, so we cannot tell whether it is a good product or not, but we'd be little vary about its quality. It is priced aggressively, at cheaper price point than most Roomba's vacuum-only cheap models.


tip: you can scroll the table sideways if it doesn't fit into your browser!

Roomba 980 as per iRobot site does not support Keep Out Zones, plese check on iRobot site.

Originally posted by bartbk: Roomba 980 as per iRobot site does not support Keep Out Zones, plese check on iRobot site.

Thanks for pointing this out. We'll update the chart accordingly!
Petteri Pyyny (pyyny@twitter)
Webmaster
http://AfterDawn.com/