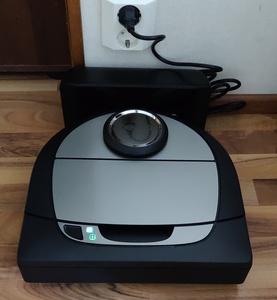 Neato is one of the largest and oldest manufacturers of robotic vacuums. Company was founded back in 2005 and is based in California, United States. Company products are mostly manufactured in China, but designed in the U.S.
Back in 2017 Neato was sold to a German Vorwerk, but continues to operate as an independent company, despite being fully-owned by Vorwerk. Neato's current product line consists several different robot vacuum models and it is quite confusing to know what is the difference between each model.

In this article we try to clarify how different Neato models differ from each other. And also to shine light to some oddities in product names found globally with Neato's products. We have reviewed and tested most current Neato models, so this analysis is based on tech specs and our own review findings.


Basically all current Neato D series models are the same product. The range starts from the cheapest one, D3, and extends to D7. Neato announced new models in 2020, adding D8, D9 and D10 to its line-up. However, the models from D8 to D10 haven't been sold as of February, 2021 and their technical specs haven't been published, so we have to leave them out of our comparison.

All Neato's D series products look almost identical: D-shaped device with a relatively large, circular bump on top of the device. Underneath that bump, Neato houses its LiDAR - a light-emitting radar that all Neatos use to navigate around the house.

Furthermore, all current Neato models are "connected", meaning that they've been designed to be operated through digital means. Most of their features can be unlocked only by connecting the device to a local WiFi and then, operated through a mobile app.

To highlight the similarities even further, all Neato dustbins are emptied similarly and all of their charging docks are identical. Physical boundary markers also work with all Neato's D series devices - although only the most expensive ones ship with one.

All Neatos also support so-called recharge and resume feature, allowing them to recharge themselves and then continue the unfinished cleaning job where from the very point where the battery ran out of its juice.

The mobile app is also the same for all Neatos. However, some features of the app have been reserved to only the most expensive models. But all Neatos create a map after their cleaning job has finished. Also scheduling and such features are identical on all models.


First important difference between Neato models are their dust filters. Dust filters work in robot vacuums just like they do in regular vacuums: the suction air is passed through filter and filter prevents sucked-in dust from getting into apartment's air.

Neato has its own terminology in use to describe its filter levels. The cheapest Neato, Neato D3, ships with regular filter.

The filtration level is most notable in households that at least one person has severe allergies. Better filter means cleaner air.


This is quite small difference, but somewhat important to some people. Generally speaking, WiFi uses two different radio frequency bands: 2.4 GHz range and 5 GHz range. None of them is significantly better than other, but there's one important thing here to know: especially in very crowded urban areas, the 2.4 GHz band is typically full of nearby WiFi networks, while 5 GHz range has typically much less traffic in it.

In order to avoid congested networks, many people opt to switch their home WiFi to utilize 5 GHz rather than 2.4 GHz. And here's the catch: some network equipment (older PCs, some phones, some tablets, etc) only support 2.4 GHz range. So, in order to fully switch to 5 GHz range, all of your networked items need to support 5 GHz range.


Robovac's side brush makes quite a big difference in terms of cleaning results. Without a sidebrush, robovac can't reach to corners or very edges of the floor, leaving dust and other dirt on floors.

In our reviews, we've deemed Neato's sidebrush to be pretty bad when compared to other manufacturer's robovacs: it is short, small and inefficient. But despite this, when compared to models that don't have sidebrush at all, the ones with sidebrush simply do better job when cleaning the apartment.

Cheapest Neato models, D3 and D4, don't have side brush at all - and it cannot be purchased separately either. Only the more expensive models, Neato D5, D6 and D7 have sidebrush.


With boundary markers, you can mark areas where the robot isn't allowed to go: say, you can put the boundary markers to the doorway of kids' room, so robot wont wander there and destroy kids' Lego projects.

While all Neato models support Neato's physical boundary markers, only selected models ship with one. Neato D5, D6 and D7 ship with one boundary marker that is about 2 meters / 6 ft in length. Owners of Neato D3 and D4 need to buy one separately, if they want it.

Then again, the lack of boundary marker tape is quite insignificant, as all Neato models support no-go zones through the app: you can mark areas in the map directly where Neato isn't allowed to go.


Through the Neato's app, owner can set the Neato to operate in two different kinds of modes: Turbo and Eco. Obviously, the Turbo mode is more efficient one - but also much, much louder. Eco mode is more suitable for situations where robovac should be slightly quieter - and there's no need for maximum suction power this time around.

This selection is available on all other Neato models, but not with Neato D3.


The main brush, underneath the robot, is the most important part of the robovac. It removes the dirt off the surface and allows vacuum to suck the removed dust into its dustbin.

Two most expensive models - D6 and D7 - use similar brush, but the brush in these models is in twisted in a spiral form, apparently, allowing more efficient removal of dirt. Neato calls this brush as Spiral Combo Brush.


Big difference between Neato's various models is their battery life. The battery life increases gradually for each step upwards in model chart: starting from the cheapest model's (D3) 60 minutes, ending to two most expensive models' (D6 and D7) 120 minutes.


This is also significant feature in case you live in house that has more than one level. Only three most expensive Neato models (D5, D6 and D7) can remember more than one floorplan.

This means basically that when you bring D3 or D4 from ground floor to second floor, it doesn't know its surroundings and you can't create no-go zones for this floor at all, as the map editing is available only for the main floor.


Only the most expensive model, D7, can clean only a selected room of the house. This feature was added to D7 back in 2018 through a firmware update.

Feature allows naming of rooms and commanding Neato D7 to clean only a selected room. For other models, if you want to clean only the bedroom, you need to physically carry the robovac to the bedroom and lock it there while it is doing its cleaning job.

So, it is quite a task to decide what features you absolutely need and what are you willing to pay for.


When comparing Neato D3 and Neato D4 models, there's obviously the price difference in play here. But in terms of technical differences, there aren't all that many differences.

Neato D4 has better filter than D3 has. Furthermore, D4's owner can choose between Eco and Turbo operating modes, while D3 only has one power level.

Also, D4 has 75 minute ba´ttery life, while D3 only has 60 minute battery life. This is probably the most important difference here, as D4 suits better to larger homes than D3.


Differences between D4 and D5 are small, but quite significant.

D5 supports up to three different floorplans, making it suitable for homes with more than one floor - D4 only supports one floorplan, so it cannot be recommended for people who live in a multi-floor homes.


Between D5 and D6 there are very, very few differences here. D6 uses so-called spiral combo brush, while D5 uses "standard" combo brush. This theoretically means that D6 is slightly better at removing stuck dust from carpets and hardfloor than D5 is.

And again, battery life is better with the more expensive model: D6 has 120 minutes battery life while D5 has 90 minutes worth of juice.


Of all Neato moidels, Neato D6 and Neato D7 are the closest siblings of the pack. Two models are almost identical and the most important difference between these two is in their software.

Neato D7 supports area cleaning, while D6 doesn't. This means that D7 can be commanded to clean only a specific room -- while D6 always cleans the entire house.

Also, as a small difference, D7 is the only model of Neato's line that supports 5 GHz WiFi networks.


In 2020 several retailers started selling Neato "Plus models", mostly in Europe. These aren't new models at all, but instead, they're the very same products, but the retail box now might include extras, like spare filters, spare sidebrushes, etc. But the vacuum itself is the exactly same one: So, Neato D4 is the same thing as Neato D4+, etc.


Please note: We have excluded old Neato models, such as D85, as they haven't been in Neato product line in years now. Also, the upcoming models (D8, D9 and D10) haven't been included as their tech specs aren't available yet.

We also have a similar Comparison chart for different Roomba models, in case you're interested.
Tweet
Tags: Neato robot vacuum
<Amazon Music available for Android TV, Google TV >OnePlus Nord gets Android 11 update
Previous Next
Comments have been disabled for this article.