Recent headlines | OnePlus changes update policy: Flagship models to get 4 major Android updates, 5 years of patches
AfterDawn > News > Lithuania: Don't buy Chinese phones! If you use one, get rid of them

Lithuania: Don't buy Chinese phones! If you use one, get rid of them 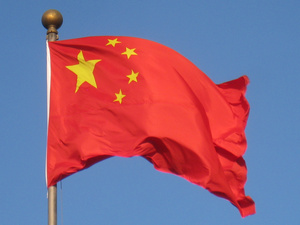 Baltic state Lithuania is urging its citizens to avoid Chinese phones. Country's defence ministry has published a recommendation to Lithuanian citizens advising them to get rid of Chinese phones, if they have one.
The statement was made after it was found that Xiaomi's phones sold in Europe had a built-in censorship mechanism installed in them. The censorship mechanism detects and censors terms such as "Free Tibet" and "democracy movement", Lithuanian state-run cybersecurity body told this week.

Now, Lithuanian Defence Ministry recommends consumers to avoid Chinese mobile phones and even urges them to "throw away" the phones they're currently using if they're made by Chinese brands.

According to Lithuania, even very recent Xiaomi models, such as Xiaomi Mi 10T, included the hidden censorship and detection code. According to Reuters, the detection program was turned off in phones sold in the European Union region, but was present in the phones, nevertheless.


As the market has shifted in recent years quite dramatically, it is hard to know what brands are Chinese and what are not.

Of the bigger manufacturers, Chinese owned brands are OnePlus, Xiaomi, Huawei, Honor, Motorola (owned by Chinese Lenovo), Oppo and Realme among others.


Obviously, majority of the modern phones are manufactured in China, but at least some of the brands are not directly owned by Chinese companies.

Most phone companies are made in China, so, will companies like Samsung, Sony, Nokia, Asus... have the same problem as Xiaomi?