Mixtape sites dropping one after another 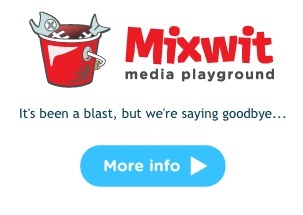 Mixtape sites where you can share your music playlists are closing on extinction. RIAA drove Muxtape off in September and now the pressure from the lobbyists has made another mashup, Mixwit, to call it a day.
Mixwit was never sued by RIAA but it was just a matter of time. The service took the songs from the MP3 search engine Seeqpod, which would've led them into trouble with RIAA eventually.

Mixwit founder Michael Christoff was interviewed by TechCrunch, "we thought about continuing with mixwit as a company, but we could never get assurance that the future of mixwit would not be hurt by the perceived liabilities of its past so we decided it was time to to shut things down."

There are a few mixtape sites still keep on rockin', for example Mixaloo and Mixtube. Let us also hope that the upcoming music startups that consumers so much love won't be haunted by the industry.
Tweet
<Joost giving up P2P >'Dark Knight' set to break 2 million Blu-ray sales
Previous Next

The RIAA Where we s$%^ are customers on a daily bases.

Booo once again the RIAA are being a bunch of whores, and they know the world hates them too!!!

Merry Xmas to everyone. Except RIAA, who can go to hell.

Originally posted by avoidz: Merry Xmas to everyone. Except RIAA, who can go to hell.


Oh yeah; Merry Christmas everyone!
Comments have been disabled for this article.