Upcoming iPhone HD ads being made for Verizon? 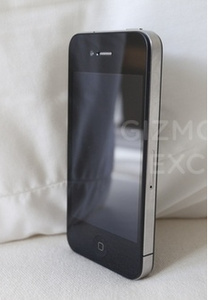 According to ComputerWorld, an advertising firm called Landor Associates is currently working on an ad campaign for the upcoming iPhone HD, except not for AT&T, but instead for Verizon.
For the last three years, the iPhone in the United States has been exclusively on AT&T and it was reported this week that Apple had signed a 5-year pact originally in 2007 that would keep the two companies exclusive until 2012.

Landor has done all of Verizon's branding since 2007, and the new rumor is that the latest big ad campaign will be to promote the iPhone HD, set for a June launch.

The campaign will likely go side-by-side with a TV campaign from Apple's current iPhone agency TBWA.

The rumored phone will add a front-facing camera for video conferencing, a better standard camera (including larger lens and flash), a Micro-SIM slot (just like the iPad), 960x640 resolution, a second mic, metallic exterior (not plastic) and split side buttons for volume as well as a completely new form factor.
Tweet
<Microsoft and LG partner on 3D gaming >Apple responds to Android OS market share gains
Previous Next

They signed a contract making the iPhone a AT&T exclusive...they never signed anything about the iPhone HD.

All speculation at this point, no validity in anything. Don't believe things you read until they are confirmed.

So what if the iPhone comes to Verizon? Verizon's network isn't all that better, and adding iPhones will just kill them.

Sprint HTC EVO will own all once its out.

That is going to be a great phone, but it will be on the Sprint network...and they make AT&T look good. Maybe once someone puts it on verizon it will be a good phone.

I hope verizon does not get the iPhone...there are a lot of people who would overload the 3G network for a while (unlike AT&T, verizon builds new towers when the network is under too much load...but they can't build towers fast enough to cover the migration that the iPhone would bring).

If you have been keeping up with this long enough you know that Verizon has been beefing up it's infrastructure for two years now. This marriage has already taken place, it simply hasn't been consumated. Sooner or later these two will get into bed with each other.

I would think that any carrier that has the influx of users like ATT did with each iphone release, would have difficulty keeping up.