Recent headlines | Now it pretty sure: Windows 11 will replace Windows 10, Win10 support will end in 2025
AfterDawn > News > Apple's next iPhone will be solar-powered?

Apple's next iPhone will be solar-powered?

Patently Apple has posted an in-depth report this week on an Apple patent they recently unveiled, one for "media players with integrated touch sensor solar panel surfaces."
The patents clearly imply that Apple may be working on incorporating solar panels into their iPhones and iPods in the future, or even perhaps into the popular iPad tablet.

Each panel would be hidden under the touch screen of the devices, allowing them to keep their same design (or future design.)

The patent was filed in 2008, and Apple has yet to release any other solar devices.

Giving more credibility to the assumption that solar-powered iPhones are coming is the fact that Apple recently just released the iPhone 4 with a glass back instead of metal, allowing for double-sided solar panels. 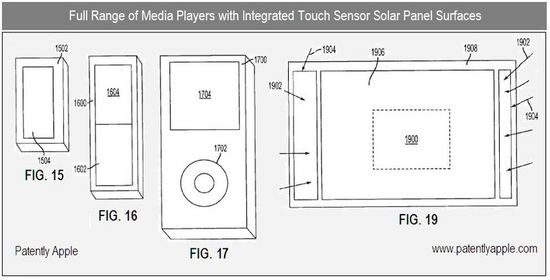 I think they could be trying to recoup energy from the light output. If it is possible to put a solar cell behind the display, otherwise it wouldn't make sense. Putting a solar cell on the back could only help someone who put their phone on the dashboard face down while driving. Better to plug in to the cig. outlet.

The whole solar thing doesn't make too much sense. Maybe having the patent filing could put others off trying to go that rout.