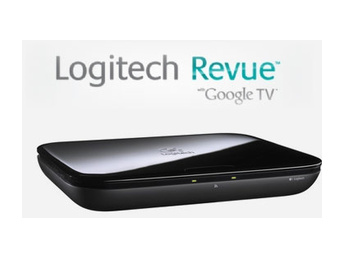 Last week we reported that Logitech was reportedly ordering a production freeze on its Google TV set-top box, the Revue, following a request from the search giant itself.
The reports had said that the company was ordering component maker Gigabyte Technology to freeze production until at least January, when Google is expected to upgrade the firmware for Google TV.

Logitech has denied those reports today, making it clear that since the device can receive OTA updates, there is no need to freeze production on current devices.

Logitech does not discuss the specific production plans for any of its products. As high-volume manufacturer of electronic products, Logitech’s use of its own factories as well as those of its manufacturing partners, provides the company with flexibility in how and when it produces products to accommodate customer demand.

Google TV has seen mediocre reviews since the Revue launched in November mainly due to broadcasters like ABC CBS, NBCU and Fox blocking their content to the platform.

The Logitech Revue sells for $250.
Tweet
Tags: Google TV logitech revue
<Latest Kindle is Amazon's best-selling device, ever >AOL spent over $300 million sending out those subscriber discs in the 90s
Previous Next Write a comment
Comments have been disabled for this article.