Sony kills off the PSPGo 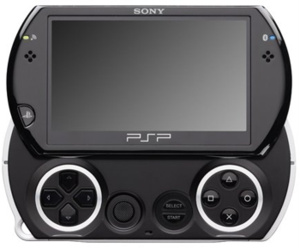 Sony has ended production and shipment of the much-maligned PSPGo, discontinuing their handheld "experiment" after just 18 months on the market.
Cnet confirmed the news with Sony reps after a report surfaced this morning on Impress.

Sony will continue to provide updates, repairs and support for the device but will stop producing any more of the console.

The PSPGo, which launched in 2009, removed the UMD drive and changed the form factor of the PSP-3000, adding a slide-out screen. Despite removing a key feature, Sony sold the handheld for $250, and gamers balked, with the PSPGo seeing weak sales since the beginning.

Currently, the handheld sells for $150 and comes with free games but it appears Sony has moved their focus to the upcoming NGP, which boasts impressive specs and will be a true sequel to the PSP.
Tweet
Tags: Sony PSPGo Handheld
<Phones with 2.5GHz ARM Cortex A15 processors coming late next year >LoveFilm adds Disney streaming movies
Previous Next

I need to grab one for collectors sake

And nothing of value was lost.

Sony should kill off themselves.

i bought one from ebay today for $50 dollars :D

I guess the PSP Go is being discontinued in Japan but it will still be produced and sold for the U.S.