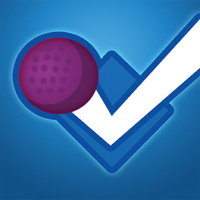 Foursquare has raised $50 million more in a new round of funding, and the company says it will use that cash to expand internationally and build new products.
The "check-in" social networking app has just surpassed 10 million registered users.

The thing that's most exciting is that we think we're inventing the future here a bit.We're doing things nobody has really done before, and to be able to raise this amount of capital will really allow us to look at the white board and accomplish the goals we have written up there -- things we've been wanting to do for awhile now.

Additionally, the company has just closed on their first major partnership, with credit card company American Express. The partnership will let users get discounts on their monthly statements when they check-in at select retailers and then use their card.

Adds the CEO on what the money will be used for:


The Foursquare Merchant Platform is used by more than 400,000 merchants, and there's a lot more room to grow there. About 50 percent of our users are coming from outside of the U.S., and we believe there's a lot of room to grow there too. Right now we're seeing a lot of traction in Brazil, a little bit in India and Russia, and we want to keep that going.