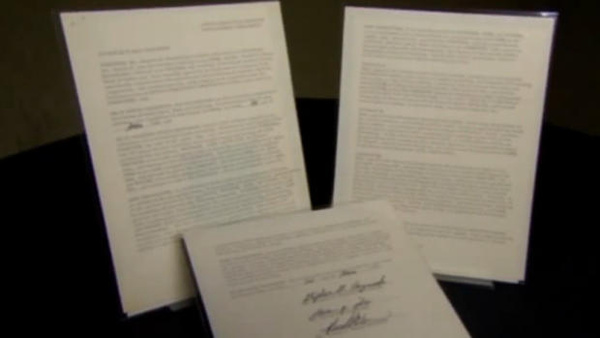 The three type-written pages that are Apple's founding documents have sold for $1.59 million today at Sotheby's.
On April 1st, 1976, Steve Jobs, Steve Wozniak and Ronald Wayne all signed the documents which are headlined "Apple Computer Company Partnership Agreement."

No one has heard of Wayne because he withdrew as a partner just 10 days into the new company, losing a 10 percent share of the company that is now worth over $350 billion.

Wayne, later in life, said of his decision: "If I'd stayed with them, I was going to wind up the richest man in the cemetery."

Pencom Systems CEO Wade Saadi is the current owner of the documents.

You must be joking me.

How much do you think I'd get for a frozen Steve Jobs turd?

Originally posted by Jeffrey_P: You must be joking me.

How much do you think I'd get for a frozen Steve Jobs turd?

Why did you freeze an iPod/iPhone?