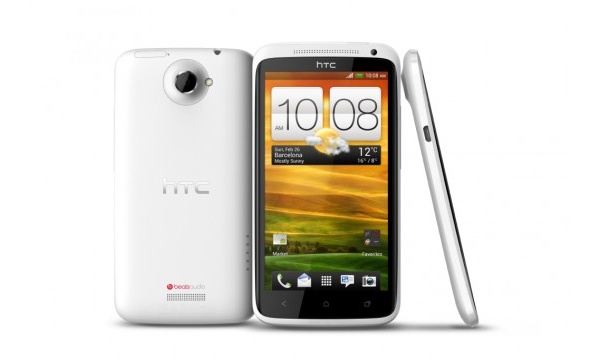 Although AT&T and HTC have kept quiet on the launch date of the new One X flagship device, Best Buy has let slip that the device will be released on May 6th.
The leak comes via a customer who pre-ordered the device and received a confirmation email with the stated date.

For now the date is unconfirmed, but it fits into HTC's timeframe given when the phone was introduced.

The device has a large 4.7-inch display with 1,280x720-pixel HD resolution and Gorilla Glass. The phone runs on Android 4.0 with HTC Sense 4.0, and the phone maker has decided to keep three buttons, one for back, home and running/recent apps. Due to its large screen, the device is 0.36-inches thick, putting it on par with the Windows Phone-powered HTC Titan.

The superphone also has, what HTC is calling its "most advanced" camera ever, an 8MP deal with five levels of LED flash and automatic focus, an (f/2.0) lens, a better image sensor and a dedicated imaging chip. The front-side camera is 1.3MP and the device will also have Beats Audio.

To use LTE on AT&T, the phones will have a powerful 1.5GHz dual-core Qualcomm Snapdragon S4 processor instead of the quad-core Tegra 3 seen in the global model. The phone can use HSPA+ 42, so if you want to buy an unlocked version, you can use it on T-Mobile's 4G and get the power of a quad-core version of the phone.
Tweet
Tags: AT&T Android Smartphone htc one x
<Internet Explorer gains browser market share in March >Don't sell your old Xbox 360! Hackers can still steal info even after reset
Previous Next

If the quad-core version works on T-Mobile, might have to pick one of these up this summer to use on Wind.

If it is LTE capable I wonder can it be unlocked to work on Verizon??? Wishful thinking...

Originally posted by kelvin31063: If it is LTE capable I wonder can it be unlocked to work on Verizon??? Wishful thinking...

NO! LTE is a generic term for "Long term evolution" but ANYTHING that is ATT or T-Mobile is never compatible with Verizon.
44.4.2012 14:47
Ghostdog
Send private message to this user
Senior Member

Quote:Due to its large screen, the device is 0.36-inches thick, putting it on par with the Windows Phone-powered HTC Titan.

The thickness of a device depends on it's screen size?
Comments have been disabled for this article.