Recent headlines | VPN provider wins a court fight: police can't get or use its database
AfterDawn > News > Nokia Lumia 900 goes up for pre-order

Nokia Lumia 900 goes up for pre-order 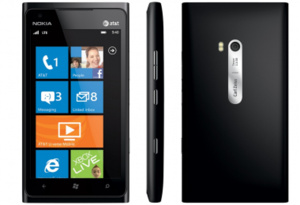 The Nokia Lumia 900 has gone up for pre-order through AT&T and Wal-Mart.
AT&T's new flagship Windows Phone device will be free for new subscribers through AT&T and just $49.99 through Wal-Mart with contract.

The device will be released on April 8th in the U.S. Nokia said the phone is the first to be designed specifically for the North American market.

Black and blue models will go up for sale at launch, while a white model will go on sale on April 22nd. Pre-orders begin on Friday.

I wonder if their phones are still invincible.

Nokia is still making good phones and i read a good review about this one.Probably in this year i will get one but in black color.