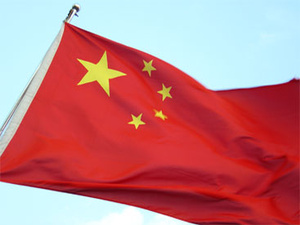 So called "white-box" phone makers are being shut out of the Chinese market, as large player like ZTE, Lenovo and Huawei release smartphones for under 1000 yuan ($150 USD).
Other big players, like Samsung and Nokia, are also reducing their prices in the nation in an effort to take market share.

"White-box" handset makers, who create un-branded phones that clone popular Android (and other smartphone OS) devices, will likely see a 30 percent drop in their sales in 2012, says Digitimes. A few hundred are even expected to go bankrupt over the next year.

Not helping their case is the fact that Chinese carriers are aggressively subsidizing Lenovo, ZTE and Huawei phones, allowing them to compete price-wise. Brand recognition has also increased exponentially in the nation, leading to more demand for branded phones from big-time smartphone makers.

This all sounds like a huge backlash in other countries picking up the slack. I.e., for China having made all the cheap crap, knock-offs, etc... Now the majors having to lower their prices in order to get people to honorably purchase their products... where do the majors legitimately make up the price loss? One, would be to raise the prices in other markets accordingly; where laws are enforced against whitebox-ing & the likes.

This kind of forcible yin-yang by the corporations gives a guy an ulcer. Their economy apparently doesn't merit whatever the majors are trying to sell over there. So whatever they're trying to pull should probably, seriously be looked into as well. I.e., They can't afford a $600 phone. So why is anyone subsidizing the thing down to $100 (if that is even going on).

It's like people here in the states. If you're on food stamps & the government is paying your rent... Everyone, in a family of 4, is NOT supposed to have the latest iphone & a full data plan with Verizon. I don't care what kind of budget master you are.