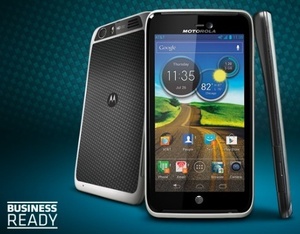 Motorola Mobility has unveiled their first smartphone since being purchased by Google.
The Atrix HD and its specs were accidentally posted by Motorola on their site before being taken down.

AT&T will be the carrier selling the device, as expected as a sequel to the Atrix 2 launched last year.

On the design side, the Atrix HD has a very slim 0.33-inch profile, a Kevlar-coated backplate and removes physical buttons to instead use software.

The Atrix HD will use a light version of Motorola's own UI, as well.
Tweet
Tags: Motorola Smartphone Android 4.0 atrix hd
<Tech vet: Nokia should fire Elop, move to Android >Report: iPhone 5 to include quad-core A6
Previous Next

Motorola support has been awful for the Droid X2. They lock down the bootloader so they can pretend to be Apple, I guess.

Apparently Verizon is pulling the strings behind the curtain as the new Samsung Galaxy S3 has a locked down & encrypted bootloader as well, but only if you're on Verizon.

I'm shopping for a different carrier.

All carriers will most likely have the same policy as those that root phones and brick them come in for warranty blaming the phones. I saw this mindset with the diesel trucks as many would chip them and blow a block and blame Ford!