XBMC For Android is almost here 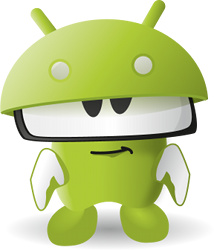 The XMBC team made a surprise announcement today, letting the world know that Android will be getting its own version of the popular media center.
Reads the blog post:

We have been keeping a little secret.. the kind that is so much fun to share when the time comes.

Today we announce XBMC for Android. Not a remote, not a thin client; the real deal. No root or jailbreak required. XBMC can be launched as an application on your set-top-box, tablet, phone, or wherever else Android may be found.

The feature-set on Android is the same that you have come to expect from XBMC, no different from its cousin on the desktop. Running your favorite media-center software on small, cheap, embedded hardware is about to become a hassle-free reality. And as Android-based set-top-boxes are becoming more and more ubiquitous, it couldn't be a better time. In fact, primary development was done on a Pivos XIOS DS set-top-box. And that is no coincidence, you will notice that Pivos is now listed as an official sponsor (more on that later). XBMC is stable and works great there, as well as on various tablets and phones. Though with Android, as many of you probably know, that is only the beginning of the story.

Here is the "teaser video:"

I am a huge fan of XBMC, I have a custom built HTPC to run it. At the time of the build I was looking around to find a cheaper way to run XBMC instead of building a PC. Besides rooting / hacking the Apple TV that only does 720p, I couldn't find anything else. I was thinking of getting some of my family members a Raspberry Pi to run XBMC because right now they use set top boxes and they just suck compared to the power of XBMC. Not even sure they have released XBMC for the Pi yet, I know other people where trying to make it work and XBMC was not officially working on / supporting it. Well Android boxes are a lot cheaper then the Pi and a lot easier to get a hold of.

This is great news for me, as I intend to run it on my Ouya box when it arrives next year. Why OUYA is not on afterdawn news when I submitted the first day of their kickstarter, I dunno. Funny how afterdawn posts news for Pebble Watch but not a droid console... Here is the link below:

That could be the cheap alternative to run XBMC you are looking for, as if you pledge $99 you can get the console with decent sized specs, tho it uses cell technology.

This is amazing!!! Now having a Raspberry Pi I'm really thinking hard about getting this to run on that. Or in my feeble brain, how to get Android (or a variant) to run on Pi & have this happily running to my hearts content.

It would definitely make my move from cable a lot less painful (not to mention costly).

this is too good to be true awesomne!

This is pretty cool, even tho i will never replace any settop box for a pc running xbmc. I Converted my Pioneer Tuner that blew out. into a mini pc. with network support and HDMI. It works flawless with xmbc. Store the movies on 2, 1 TB hard drives. or Stream from the other server, or even stream over the internet. NO LIMITATIONS. unlike set top boxes theres always a limitation somwhere.

Parachute, Used Once, never opened small stain.
Best Offer!
Comments have been disabled for this article.