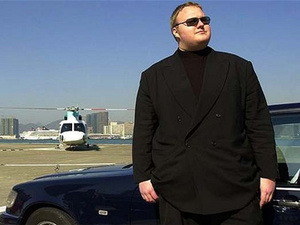 The judge presiding over the Kim Dotcom case in New Zealand has stepped down following comments he made about the U.S.
Judge David Harvey made the comment, in which he called the U.S. "the enemy" during an internet conference about copyright. Harvey is an internet law expert, and was specifically chosen for the case.

Says district court chief judge Jan-Marie Doogue: "He recognises that remarks made in the context of a paper he delivered on copyright law at a recent internet conference could reflect on his impartiality and that the appropriate response is for him to step down from the case."

Harvey's full comment, a reference to Walt Kelly, was this: "We have met the enemy and he is [the] U.S."

The case, which will begin next March, will now be heard of Judge Nevin Dawson.

Dotcom, the founder of Megaupload, was arrested earlier this year and charged with copyright infringement as the U.S. and other nations teamed up to take down the world's most popular cyberlocker.
Tweet
Tags: piracy Kim Dotcom judge harvey
<Windows 8 confirmed for October 26th >Taiwanese teenager dies after playing too much Diablo III
Previous Next

Live Free or Die.
The rule above all the rules is: Survive !
Capitalism: Funnel most of the $$$ to the already rich.
219.7.2012 00:10
ZippyDSM
Send private message to this user
AfterDawn Addict

Aawww now the evidence wont be thrown out!

Copyright infringement is nothing more than civil disobedience to a bad set of laws. Lets renegotiate them.
319.7.2012 09:57
Qliphah
Send private message to this user
Member

Really? The US is the biggest baddest copyright infringing country?


I believe China would like to have a word with this judge.

Originally posted by Qliphah: Really? The US is the biggest baddest copyright infringing country?


I believe China would like to have a word with this judge.

Take a breath gentlemen... The article was vague at best about the context in which the quote was taken.

Facts are, the judge is a dick & already biased toward a 'deep throat' conspiracy with the MPAA/RIAA to hammer Dotcom or someone of his ilk in order to hammer out their agenda.

Other than bigwil's race to name calling, I agree with him, the US is belligerently quick to stamp out everyone's rights to INTERNET freedom. China has a problem with CIVIL rights; but that's not what this article is about.

Although we have a right to freedom of speech & a supposed freedom to share it, it is a surprisingly harsh case of painful rectal itch at how hard money grubbing assholes fight to keep us from doing just that - sharing.

The bitching & bickering will go on indefinitely simply over ownership, but the fact is - THEY don't own it! Yet they seem to be the ones benefiting the most.

The quicker we put an end to these kind of contradictions the quicker we can get back to better entertainment.

Just Like Assange; Kim dotcom has released a website that promises to expose corporate influence in controlling politics. http://kim.com/