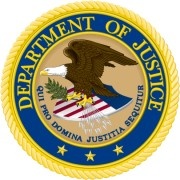 After being sued over alleged ebook price fixing earlier this year, three publishers instantly settled, avoiding a trial.
Those publishers; Hachette, HarperCollins, and Simon & Schuster, agreed on a payout of $69 million to American consumers two weeks ago, needing a final approval by the US DOJ.

This week, the DOJ has approved the settlement despite strong objections from Apple and other book publishers that Amazon would destroy the competition with discounts. The "agency model" of pricing had publishers set the price while retailers took a commission, usually 30 percent. This led to higher prices for consumers. U.S. District Judge Denise Cote says the settlement "appears reasonably calculated to restore retail price competition to the market."

With the settlement, the publishers will have to move away from the pricing system started in 2010 with Apple, in which the publishers charge a fixed price for new books and used books, not allowing retailers (mainly Amazon) to discount at will.

Apple and two publishers, Penguin and Macmillan, also argued it would be unfair to approve the settlement before they each go on trial next year to fight the charges. The Judge did not agree.

Adds the DOJ: "We are pleased the court found the proposed settlement to be in the public interest and that consumers will start to benefit from the restored competition in this important industry."
Tweet
Tags: Amazon Apple Settlement Department of Justice ebooks book publishers
<Asus says goodnight to Eee PC netbooks >Nokia looking into Windows 8 tablet
Previous Next

Suck it up, crApple.

Great news for the consumer, and apple getting their core kicked, i love it. Lol.