Recent headlines | Now it pretty sure: Windows 11 will replace Windows 10, Win10 support will end in 2025 1
AfterDawn > News > Dropbox to be included in most new Samsung devices

Dropbox to be included in most new Samsung devices 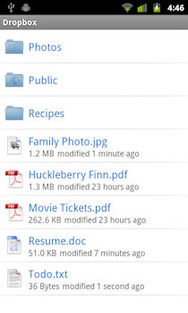 Dropbox and Samsung have announced tighter integration into the future.
As part of the new deal, Dropbox will be pre-installed and integrated to new Samsung devices, including the Grand smartphone and all of Samsung's smart cameras.

The cameras will automatically upload the photos to the cloud service when using.

Any new user will be offered free 50GB of capacity when they activate Dropbox, although it is unclear if that storage will be permanent or just temporary after the purchase.

"Dropbox's new file-sharing capabilities leave a thumbnail of the original photo or video content on secondary device that are also Dropbox enabled. The actual content will not download until a user clicks on the thumbnail," says the source.

In doing so, the company says it will save users much-needed data bandwidth.

Verizon might lock it out so just keep that in mind.

I really love dropbox. Every picture and video gets synched to my laptop immediately.

Originally posted by KSib: Verizon might lock it out so just keep that in mind.

This is quite a good news for me and many others for whom Dropbox has proved to be life-saver with documents, files and photo sync as well as storage option. I for one, is also using Dropbox integration with GroupDocs as a convenient option for both solutions. I can edit my Dropbox files from GroupDocs account without any cumbersome file transfer method. My files are synced quicker than expected and I am more than happy with Dropbox as well as GroupDocs.