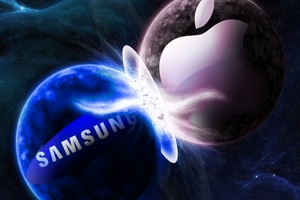 Judge Lucy Koh has ruled this week that Samsung did not willfully infringe Apple patents, closing out one of the remaining issues in the case.
In August, when a jury found Samsung guilty of infringing seven patents, they ruled that five of the instances had been willful. The jury also awarded Apple $1.049 billion, although if Judge Koh agreed the infringement was willful, the number would eventually have become much higher.

Samsung's argument throughout the case had been that they believed Apple's patents were invalid, and Judge Koh ruled that this was enough to show the company had not infringed willfully. Apple would have had to prove with "objectively high likelihood that its [Samsung's] actions constituted infringement of a valid patent." They did not.

Judge Koh could reduce the original $1.049 billion verdict, but she has not even suggested she will at this time. Apple will not receive any additional damages, however.
Tweet
Tags: Samsung Apple Lawsuit Patents willful infringement judge koh
<Netflix: We want five new original shows per year >Ballmer: We aren't scared of Dropbox
Previous Next

That's the end of this, if they can't even get a verdict like this in the US.

Samsung ought to now countersue Apple in downtown Seoul, I reckon a $1 billion in damages would be fair (plus costs).

This has been an absurd case where Apple (a self-admitted patent thief & patent abuser) has tried to gain patent on things it either did not invent or own.

Great to see it blow up in their faces.....together with the ton of appalling PR it has gained them worldwide.