Australia to grill Apple, Microsoft and Adobe on high prices 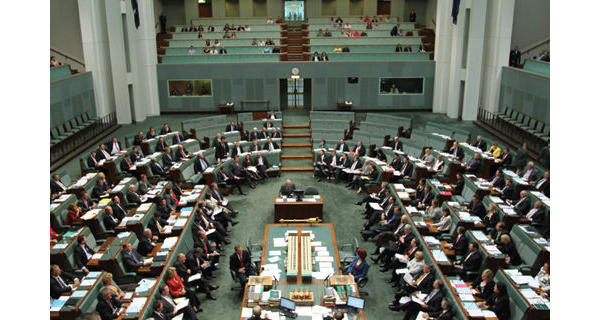 Tech giants summoned to answer Australian Federal Government's questions on prices.
Australians are paying more than Americans for tech products and software, and the Australian parliament wants to know why. It has summoned Apple Inc, Microsoft Inc and Adobe Systems Inc to answer questions about prices in the country before a committee on March 22, 2013.

Leading the charge for answers from the tech giants is Labour representative for Chifley, Western Sydney, Ed Husic, who said it should not have come to a subpoena. He had previously raised questions about the amount of corporate tax paid by Apple in Australia, generating UAD$6 billion in revenue and paying only UAD$40 million in tax.

Now he wants to know why Australians pay so much more for hardware and software than their United States counterparts, despite a stronger Australian dollar. For example, Apple's 16GB iPad (WiFi model) sells in Australia for AUD$539, compared to US$499 in the United States. It is a similar story for Microsoft's software products, such as Office, which sell for a considerable mark-up over U.S. prices.

In May 2012, a committee was setup to probe the higher prices, and all three tech firms were invited to participate. Of course, none of them did, and reportedly blamed each other for not showing up.

Now that it has come to a subpoena, it could mean contempt of parliament charges if any choose not to show up, with fines and possible jail time a consequence.

"The companies have blamed each other for not appearing. One will say 'we're not going to appear if the other is not going to appear'. So we've cut straight to the chase and said we'll just summons you," Husic is quoted by Reuters.

Don't forget the high tariffs...I've shipped stuff to friends down under and between shipping and taxes it ended up being about the same as if they had bought in Australia.

megadunderhead, that is stupid as over half the world uses pal. if you don't know what you are talking about then don't post.

@ killer
shipping single items now & then i would expect to pay at least 3-4 times more than i would in bulk regularly possibly they pay even less for the amount that gets shipped daily.Microsoft dropped the price of i think win 7 last year in china to 20 dollars assuming that's a retail copy , reason was to compete with piracy that right there is a slap in the face for everyone else on the planet,obviously the paper trail needs to be followed to find out where costs if any are being gouged,tho the ipod in this article seems to be an ok price

Originally posted by ddp: megadunderhead, that is stupid as over half the world uses pal. if you don't know what you are talking about then don't post.

"there's no place for sound logic on the internets"

Killer is pretty much right: tariffs, regulations, distance, supply and demand, as well as support costs, all factor into the final cost. Also how the competition marks their MRSP in each country sold to plays a factor: so MS can turn and say but Apply charges this, in turn Apple points the finger back, and anyone in between points their fingers at the other two. It's no wonder they didn't show up as that's exactly what would happen. It's dirty, greedy and no different than other markets in competition to each other, take telecom and ISP companies as examples.

Distance??... give me a break. We aren't THAT far from the Asian factories.

They are price gouging here and they know it. And we know it that's why they are being subpoenaed.

I have to laugh, on many sites I select to pay in US$ coz it's about half the price or more. It's a joke.

we have the same problem in canada & not just apple\microsoft. same things sold in the us as in canada costs 20-50 percent in the us compared to canada. ski-doos made in canada but sold in the states costs $1000's less then if sold in canada. same goes for cars & other stuff.

It's around $50 USD to ship stuff from the US to Australia, that's pretty much the starting point it's only higher if it's a real heavy item.

The AUD is higher than the USD not by heaps but things should be slightly cheaper, have all these US companies doing ADs in Australia to buy stuff from their or go on hols over there, so some companies are going to where the money currently is.

have lots of that happening when it should be a bit cheaper.

i can understand 2nd hand cars being a lot cheaper in uk or usa than australia due to the population.
games and game consoles are more expensive here compared to usa.alot of electrical goods on amazon are cheaper than australian prices.
think 1 of the issues is australians have money and companies know we have money so charge a higher rate for the same product.
windows 7 home edition was just over the $100 mark in 2010 when i got it.
apple products here are cheaper if you order than from usa.
from what i have heard the latest editions of photoshop in canada are very high priced as i chat to a graphics designer from canada online.not sure what the australian prices are.

Originally posted by xtago: It's around $50 USD to ship stuff from the US to Australia, that's pretty much the starting point it's only higher if it's a real heavy item.

Weird, I've had lots of different things posted from the States and the most I've paid is about $25 and that's NOT for each item that's per order.

No, this is not confusing eBay pricing but, say for example, for a bunch of SSDs direct from Crucial. $25 postage for the lot.
http://www.crucial.com/store/international_shipping.aspx
Its a lot easier being righteous than right.

Quote:we have the same problem in canada & not just apple\microsoft. same things sold in the us as in canada costs 20-50 percent in the us compared to canada. ski-doos made in canada but sold in the states costs $1000's less then if sold in canada. same goes for cars & other stuff.

Flaherty tho is pressuring Harper and his cabinet to end all tariffs to the US because its costing Canadians more than just $ but also jobs. Should this push result in action, we could be seeing much closer price matching as only shipping and stocking would be the difference in pricing.
1415.2.2013 15:22
Worstnightmare
Unverified new user

A good example what we pay down under - I bought a Panasonic projector from the states - it cost me landed $2000. The exact same projector here in Australia was $4500! I do not have to worry about voltage differences (It is multi-voltage) nor PAL/NTSC issues (It is all automatic depending on the input).
Why the price difference?!
I also buy just about all my movies from the US - the blu-ray discs are soooo much cheaper - and quite a lot of the time the US has better editions as well....

@mega - please do a little more research and you will see the issues.

Originally posted by Worstnightmare: I also buy just about all my movies from the US - the blu-ray discs are soooo much cheaper - and quite a lot of the time the US has better editions as well....

Why not? All the TVs have variable input now and NTSC 720p and 1080p is 20% faster than Pal HD... I don't blame you. Region coding could be a problem but AnyDVD can crack that on a MC pooter.