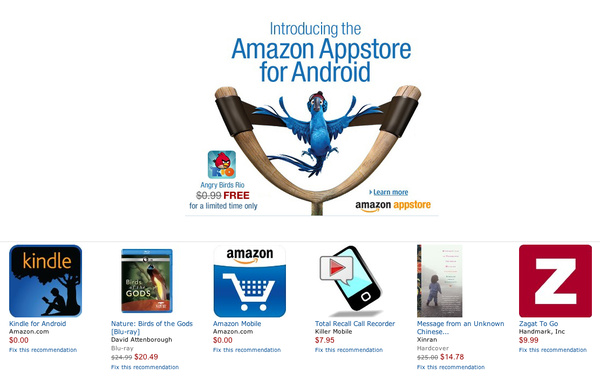 Users of Android devices in the nations (not just Kindles) can start downloading apps "in the coming months."

"Amazon's platform is a complete end-to-end solution for developers wanting to build, market and monetize their apps and games on Kindle Fire and Android devices," said Mike George, Vice President of Apps and Games at Amazon. "Allowing developers to target distribution of their apps and games in even more international countries is yet another important milestone as we strive to serve consumers and developers globally. Many of our existing developers have localized their apps and games for international consumers, and we look forward to working with new developers that have been waiting to bring their apps to more Amazon customers across the globe."
Tweet
Tags: Amazon AppStore for Android
<'iSteve' parody film now available for viewing on Funny or Die >Microsoft tops U.S. console sales chart for 27th straight month
Previous Next
Comments have been disabled for this article.