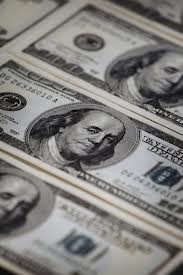 Apple has announced it will be selling $17 billion worth of bonds this year, a record for U.S. investment-grade corporate debt.
The offering was so popular it generated $50 billion in orders.

Demand was so high that underwriters were able to lower the expected yields for the bonds.

Apple's debt offering is in six pieces. Four of the pieces are fixed-rate, being offered with maturities of 3, 5, 10 or 30 years. There are also two tranches of variable rate debt with 3 and 5 year maturities, based on current LIBOR pricing.

Apple was recently given the second best credit rating, AA+. Apple has $145 billion in cash, but only $45 billion is liquid and available in the U.S. Bringing the funds home would cost the company a mini fortune in taxes. Instead, they will offer the debt here to fund their $100 billion buyback for investors.
Tweet
Tags: Apple Bonds treasuries
<'Google Now' released for iOS devices >'Watch Dogs' will be PS4 launch title
Previous Next

Quote:Demand was so high that underwriters were able to lower the expected yields for the bonds.


Why do I get the feeling that Apple is so dodgy?
Its a lot easier being righteous than right.