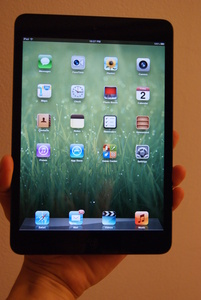 According to new ABI Research data, the global tablet market is now Android's to lose, following years of Apple dominance.
The firm says iOS has now "passed the baton to the Android ecosystem," and the firm cites three specific reasons this has happened.

For the Q2 2013, Android tablets sold tallied 30.5 million, compared to 14.5 million iPads. Of the $12.7 billion of revenue from tablet sales for the quarter, Apple finally fell below the 50 percent majority mark (but barely), leaving Android to control that metric.

Finally, the iPad's average selling price has fallen 17 percent over the last year thanks to strong sales of the iPad Mini while Android tablet prices have seen an increase of 17 percent in the same period.

Am loving my ASUS Transformer Android tablet. Would never buy into Apple as they are always overpriced.