Nintendo stops production of Wii for the Japanese market 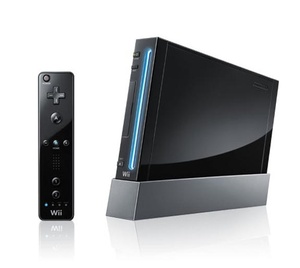 Nintendo has confirmed that it has ended production of the Wii console for the Japanese market.
The console debuted in late 2006 and quickly became a runaway hit, with demand far exceeding supply for the entire first year of its availability.

Global sales of the console reached 100 million this June, making it one of the best selling consoles of all-time and placed sales far ahead of rivals by Sony and Microsoft.

Nintendo says production will continue on a limited basis for markets outside of Japan, but really it looks like the company is just trying to liquidate any remaining inventory and some smaller spot orders.

The company will now devote all of its production in the console market to the Wii U, which has been a huge failure, falling way short of the gaming company's own internal expectations. The Wii U has been so bad that major developers have even stopped producing titles for it.

Maybe because the Wii U isn't innovative or anything?
The tablet sized controller is a nightmare and graphics look the same as the Wii.

Honestly if they'd pull Wii from the shelves they'd prolly sell more Wii U units. The name alone was too confusing for the average parent consumer; and there wasn't really too much reason to upgrade to a Wii-U from Wii since they both do the same waggle function only with an added control pad. What's the point?

However Nintendo just announced a new bundle at the same $300 with NSMB-U and NSL-U which should attract some sales where the Wind Waker HD failed to do so. Honestly I miss the days where Nintendo would ship out a Mario game with their consoles on launch because that was their flagship.

They need to go ahead and discontinue it in the US as well. Nintendo has a long and tough outlook ahead of them with the failure of the Wii U. The 3DS is the only saving grace these days.

Originally posted by ZeusAV: They need to go ahead and discontinue it in the US as well. Nintendo has a long and tough outlook ahead of them with the failure of the Wii U. The 3DS is the only saving grace these days.

You could probably call the 3DS a failure too, in the sense that who really owns a 3DS for it's 3D capabilities? I think they recognized this with the release of the "2DS".