Recent headlines | Guide: How to Kick Unwanted Guests from Your Netflix Account 1
AfterDawn > News > AT&T giving T-Mobile users up to $450 to switch carriers 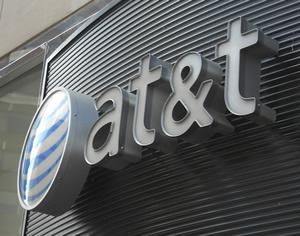 T-Mobile, which has not-so-quietly been taking back subscribers from rival carriers, seems to have struck a nerve with the U.S' second-largest carrier, AT&T, which is now offering up to $450 to users that switch over.
AT&T has offered up to $250 for smartphone trade-ins along with $200 credit per phone line.

T-Mobile started a revolution last year when it eliminated contracts, instead making subscribers purchase their own phones (or finance them) in exchange for much cheaper monthly rates. The company then introduced "Jump," a program that allows customers to upgrade their phones twice per year at a cost of $10 per month. Finally, the company killed off international roaming data fees and dropped the price on minutes and texting when roaming.

The U.S.' third-largest carrier, Sprint (Softbank), appears to be readying a bid for T-Mobile, and such a merger would create a company large enough to properly compete with Verizon and AT&T, which have created a duopoly in the nation.
Tweet
Tags: AT&T Carrier T-Mobile USA
<New Samsung-built Nexus 10 to be revealed at CES? >Apple buys camera app developer SnappyLabs
Previous Next

You'll end up paying AT&T that $450 right back within half a year.

I've avoided AT&T like the spotted plague, since my grandfathered Cellular One plan (they were bought out by AT&T) was cancelled for a bogus reason, then reoffered back to me with crappier terms at almost twice the price.

AT&T is desperate in getting more customers. They are plainly greedy. I'm not a fan of theres. The marketing people are more than likely banking on the money so people will foolishly switch. It will be interesting for sure.

AT&T couldn't pay me enough to switch back to them.

Originally posted by SoTired: AT&T couldn't pay me enough to switch back to them.

Well say it :)
Live Free or Die.
The rule above all the rules is: Survive !
Capitalism: Funnel most of the $$$ to the already rich.
Comments have been disabled for this article.