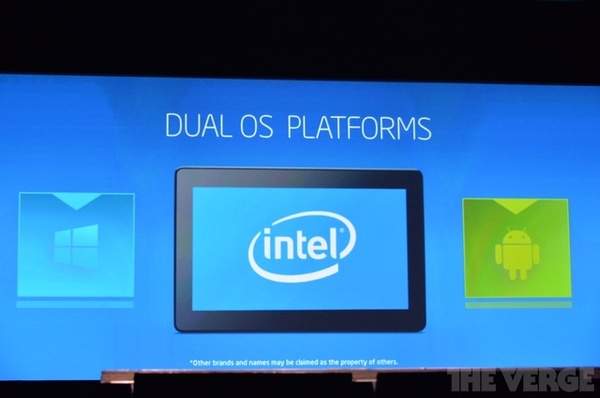 Rumored as "PC Plus" over the last month, Intel has confirmed the "Dual OS" platform, meaning there will be computers that will be able to easily switch between Windows and Android in the near future.
Intel says their processors will power PCs with the platform soon, which can switch between the operating systems with just a quick button press.