Recent headlines | Lithuania: Don't buy Chinese phones! If you use one, get rid of them
AfterDawn > News > Google buys AI company DeepMind 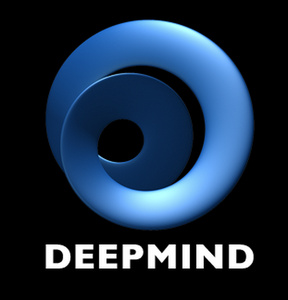 The search giant Google likes to buy companies – Wikipedia lists a total of 143 acquisitions during 14 years. The most recent acquisition is now an artificial intelligence company DeepMind.
According to website Re/code, Google has bought the London AI company DeepMind for $400 million. The Information however says that Google had to shell out $500 million. Neither of them is a lot when you compare to Nest, a locations company bought for 2.3 billion just a couple of weeks ago (or a billion dollar Waze), but for a more niche segment and not being a household name it's quite a price tag.

DeepMind website describes what it does as "building learning algorithms for simulations, e-commerce and games". Re/code's sources say that in the AI community DeepMind is considered a "formidable player" and competed against the likes of Google for talent. They also said that it has secured more than $50 million in funding.

Google was on a robotics shopping spree last month. During just over a week they acquired at least seven robotics related companies to join the Google X force. The Google X is said to be developing semi-secret science-fiction-sounding solutions that the DeepMind and robotics companies certainly fit in to.
Tweet
Tags: Google AI DeepMind
<The latest iWatch concept is probably the coolest one yet >Google, Samsung reach 10-year cross-licensing patent deal
Previous Next
Comments have been disabled for this article.