Recent headlines | Russia introduces new 100 rouble bill - but you can't get it from ATMs or to pay with it
AfterDawn > News > ABC to live stream the Oscars, but only to some cities and you must have a pay TV subscription

ABC to live stream the Oscars, but only to some cities and you must have a pay TV subscription 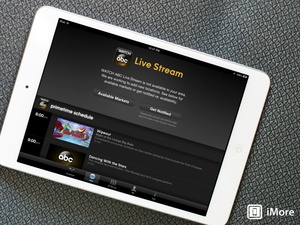 ABC announced earlier this year that they would be live streaming the Academy Awards for the first time ever this year, but now we know the restrictions are vast.
To watch the stream, you will need to have a pay TV subscription from a supported provider, which include AT&T U-verse, Cablevision, Charter, Comcast, Cox, Verizon, Google Fiber, and Midcontinent but does not include Time Warner Cable, the nation's second largest cable company.

If you are one of the few people who can access the live stream, the features should be pretty intriguing. You will be able to switch away from the main stage feed to other camera views of the "Winners Walk," "Audience" and "Press Room." If watching from a mobile device, there will be an ongoing stream of social media and a photo gallery.
Tweet
Tags: ABC Live Streaming Academy Awards
<HTC confirms 'All New HTC One' name for latest device >Facebook Messenger on Windows shutting down next week
Previous Next

Despite all of this, I still won't watch the Oscars. They have always been a very long and boring self important award show. Besides, the older I get, the less relevant they are in my eyes (and in the eyes of others, in my opinion.)

You couldn't pay me to watch this self absorbed crap, Hollywierd can keep their Oscars.

Originally posted by Mr-Movies: You couldn't pay me to watch this self absorbed crap, Hollywierd can keep their Oscars.

Amen, brother. When good movies like "Saving Private Ryan" back in 1998, or "The Dark Knight" in 2008 get snubbed, and only TDK gets one other award besides Heath Ledger's legendary performance, then the whole legitimacy of the whole process is called into question.

Hollywood Monopoly Mafia at it best; brainwashing the people of the world for more $$$ ...as people care less & less about them as the time goes by.

.....people STILL watch the oscars.. i mean, wow there are people who actually CARE who wins. lol really... so ya got best movie actor ...ummmm so.

i would rather be watching sesame street!!!