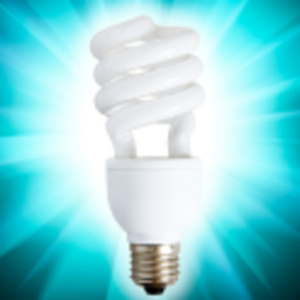 Back in December, we reported that one of the most popular apps in the Google Play Store, "Brightest Flashlight," which has been downloaded over 50 million times and reviewed over 1 million times, had been sanctioned by the U.S. Federal Trade Commission for sneakily selling your personal information to advertisers.
The app, built by GoldenShores, sent your location and a unique ID to advertisers who could then better target their marketing. Users were aware of this, but opting out through the application's settings did not change whether data was sent or not.

At the time, the FTC proposed a settlement with GoldenShores, run by just one individual (Erik Geidl), and the final terms have been revealed this week.

Geidl and GoldenShores are banned from collecting app user's geolocation data without a very clear explanation that they are doing so and who will be seeing such information. Additionally, the company will have to keep records that the FTC can inspect at any time, and the FTC must be notified of any new business Geidl starts in the next decade. Most importantly for phone users, all the data already collected must be deleted in the next ten days.

Many were hoping the company would have to pay a penalty of some sort, but the FTC says they did not seek damages because the app was free, unfortunately.
Tweet
Tags: FTC Privacy Brightest Flashlight Free
<Report: Amazon to unveil first smartphone in June for release in September >Samsung Galaxy S5 first day sales surpass predecessor's by 30 percent
Previous Next

Actually, the app was not "free". It was paid for by the app users' geolocation and unique ID. This data, in turn, was sold to advertisers. Let us not forget that.

i'm glad i don't have a cell phone.

Originally posted by ddp: i'm glad i don't have a cell phone.

If you had one, it would be an outdated Flip phone and you couldn't put apps on it.. Hell you still use XP! ROFL
Comments have been disabled for this article.