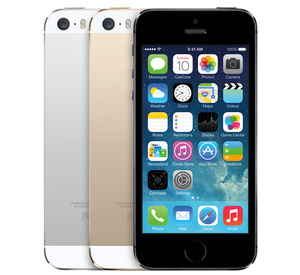 According to reports, Apple is planning to build a song ID (discovery) feature right into iOS that will work just like Shazam and rival services in allowing iPhone and iPad users to quickly identify a song/artist.
Apple will work directly with the market leader, Shazam, for the technology, which quickly pairs music heard by the device's microphone with a vast database of tracks.

The company remains the world's largest digital music seller via its popular iTunes store, but single and album downloads have finally stagnated after years of strong growth. Streaming services like Spotify and Pandora have taken significant share of the music market and Apple even introduced their own service, iTunes Radio, last year, integrating it with iOS 7.

iOS 8 will be previewed at this year's developer conference in June.

The Shazam-esque service will be directly integrated into the operating system and Siri can use it, as well. For example, the sources say you can ask Siri "what song is this?" to initiate.

Source:
Bloomberg
Tweet
Tags: Apple shazam
<Samsung confirms yet another smartwatch, this one powered by Android Wear >Google's Chrome Remote Desktop launches for Android allowing for remote access to your PCs anywhere
Previous Next Write a comment
Comments have been disabled for this article.