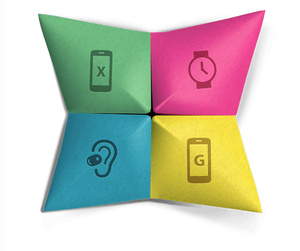 Motorola has sent out press invites for a launch event on September 4th in which the company will show off a few new products including the hotly-anticipated Moto 360 smartwatch.
The invite promises a "Moto Launch Experience," and the logos seem to reveal a new "X" phone, a new "G" phone, the Moto 360 and potentially a Bluetooth headset or accessory.

As leaked, the new X phone is the X+1, a successor to the company's Moto X, albeit without the same proprietary processor and engine under the hood.