Recent headlines | Samsung Android 12 update timeline - when your phone will get it
AfterDawn > News > Sprint to offer its first Sony smartphone in the U.S.

Sprint to offer its first Sony smartphone in the U.S. 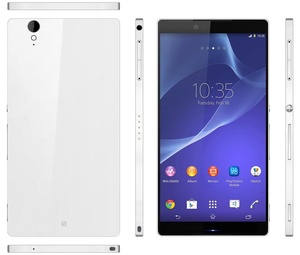 Sprint parent SoftBank has announced that the carrier will offer a Sony smartphone for the first time, giving the Japanese giant a nice entry to the U.S. market it has had a hard time making any headway in.
Both companies are struggling, especially Sony which recently announced it would no longer be profitable for the fiscal year. Sprint has been losing subscribers at a rapid rate, and SoftBank has been announcing new partnerships and increased features to boost sales.

Sony Mobile has 2.1 percent global market share for smartphones, and currently only has its smartphones available through T-Mobile US in the U.S., the fourth-largest carrier in the nation.

Moving forward, Sprint will offer the latest Xperia flagship, the Xperia Z3, set for launch in the Winter.

I've been a Sprint user for 15 years plus and I can tell you Sprint isn't loosing business because of a lack of featured phones, actually that is what they have tried to force on it's customers and is part of the reason they have lost customers.

There are major problems with Sprint today and this phone isn't going to remedy any of them.

#1 Sprint's customer service in the last 6 years has gone from decent to absolutely horrible, including not living up to signed agreements and trying to charge you up to double of what you signed to. My last upgrade they charged me for 5 activation's on 2 phones and doubled my monthly dues among some other issues. It took over two weeks of multiple hours every night to finally straighten this out and at one point it looked like I might have to return the phones and take them to court to straighten this mess out.

#2 Poor and long upgrade process to 4G LTE service and in fact I still have issues with service, speeds and connections, a year after my area has been upgraded. I had better service before the upgrade as far as stability and connection.

#3 Forcing you into a smart phone; they hardly carry and phones for just phone service and I know plenty of people that would be fine with just phone service, they don't need the data rate plans and don't like smart phones, what a lie "Smart" phone you got to love marketeer's. So for those people it a fight every time they have to replace their old phone.

Sprint used to be the best mobile service they were cheap, provided excellence service coverage, had decent phone selection, and their customer service was great. These are the things they need to focus on if they want to survive, a new Sony phone isn't going to fix these issues and quite possibly will exacerbate the situation.

I concur with #1 as my wife and I had "clam shell" phones back in 2006,no sooner did we pay our service bill when informed we we over due for payment.The third time this happened we discontinued using their service and were billed yet another $400.00 for the phones.