Microsoft has been revealing the makings of Windows 10 this week. One of the most important aspects of all of its OS versions is the messaging. Now Skype team shows what its been up to.
The new Skype will come preloaded on all Windows 10 platforms be it phone, tablet, or PC. The new and updated Skype has been designed Windows 10 in mind but will of course land on Mac, iOS, and Android among others.

Microsoft's efforts are indeed in creating one app to rule them all. Like the competitor's iMessage it allows both SMS and instant messages to be sent from the same app, enabled by the linking of phone numbers and Skype names. It is available on all major platforms too, unlike the Apple's offering.

The new layout divides the view on panels and has a clean, simple look. Round icons are familiar from both Apple's and Google's messengers, as well as earlier versions of Skype.

Skype team promises more updates during the development in the next few months, and well keep you posted. 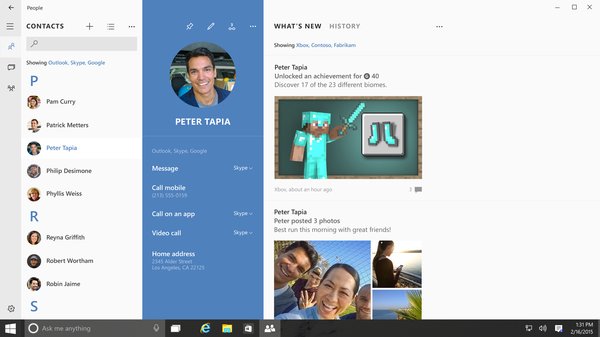 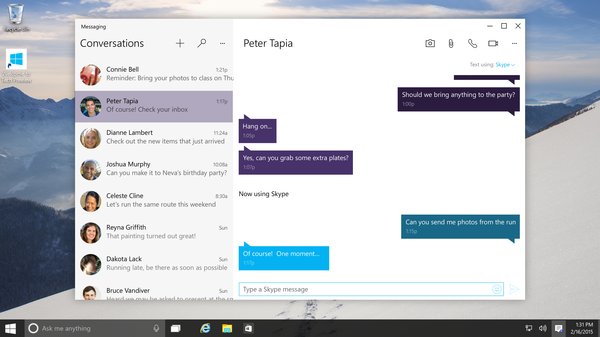 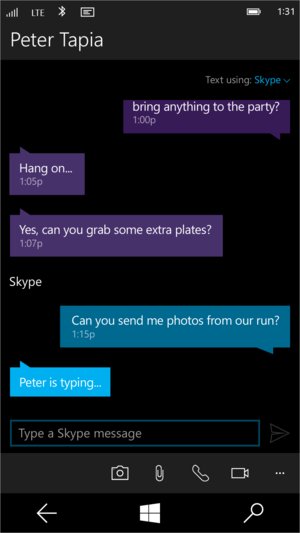 That looks almost exactly like Messages on OS X. The only difference is lack of rounded borders.