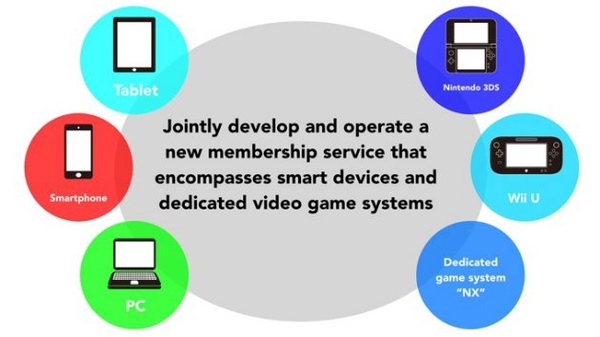 Alongside its announcement that it would be creating mobile games, Nintendo also confirmed it's already working on a next-gen console, codenamed 'NX.'
CEO Satoru Iwata says the NX is "a dedicated game platform with a brand-new concept" although he did not elaborate.

Iwata noted that more information would be revealed 'next year,' either at E3 or at a dedicated press event.

I know the internet is blowing up about this claiming that the Wii U is being abandoned but I think they only mentioned the console to re-affirm that they are in the business of making video games and hardware to play them on to try and diffuse any speculation that they are getting out of the hardware business.

As long as it can play WII and WIIU games!

Copyright infringement is nothing more than civil disobedience to a bad set of laws. Lets renegotiate them.
318.3.2015 08:51
thatBeatsguy
Send private message to this user
Newbie

"Brand-new concept," huh? To be honest this isn't a surprise; I've always admired Nintendo for giving it their all to innovate, whether it sells or not. I hope they've come up with something no one's ever done yet.

It's about Hologram gaming. I can see the future you know.

The more I hear about it the more its a WIIU that can play portable games....

Copyright infringement is nothing more than civil disobedience to a bad set of laws. Lets renegotiate them.
619.3.2015 00:32
vgiannell5
Send private message to this user
Newbie

Originally posted by ZippyDSM: As long as it can play WII and WIIU games!

Another console with an x86-64 processor?

It would make sense moving Nintendo closer to PCs & opening up that market.