Recent headlines | Now it pretty sure: Windows 11 will replace Windows 10, Win10 support will end in 2025 1
AfterDawn > News > Are these the specs for the upcoming Nexus phone built by Huawei?

Are these the specs for the upcoming Nexus phone built by Huawei? 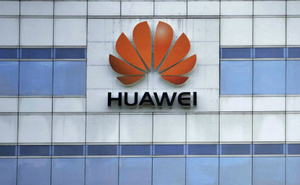 Over the past few months, there has been a persistent rumor that Chinese OEM Huawei is preparing to build the upcoming Nexus phone, and now we have an alleged spec sheet.
The specs come via Chinese IT analyst firm Pan Jiutang, who posted the data on microblogging site Weibo.

Last November, Google released the Nexus 6, built by Motorola to showcase Android 5.0 Lollipop. The new device will not be called the Nexus 7, however, since that name has been taken since 2013 for Google's previous flagship tablet and it is unclear what name the new phone will receive.

If the specs are accurate, and we will not know that for some time, the new Nexus will feature a smaller 5.7-inch QHD OLED screen, a Snapdragon 810 processor and a higher resolution rear camera.

We may learn a bit more at Google's upcoming I/O developer event.

With Huawei's Shady past and Google's relationship with the NSA and over obsession of keeping track of every bit of your personal info; this sounds like it could be the perfect partnership.