Android M will let you choose between light or dark theme 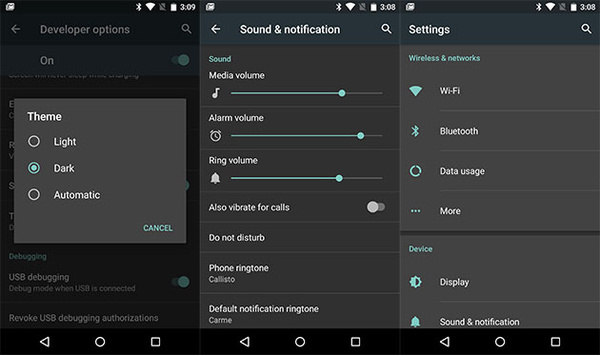 When Google introduced Android Lollipop and Material Design, the operating system took a turn from dark to light, with the operating system getting more colorful and lighter, moving away from the darker UI of previous iterations like Ice Cream and Jelly Bean.
Earlier this week, the company introduced Android M and released a Developer Preview. If you were a fan of the darker user interface, you are in luck if you have a phone or tablet that can flash the new OS.

Under developer options, there is now a new way to select the theme for your device, choosing between the stock version which is "light," the new dark, or automatic which will likely change your theme based on the time of day or ambient light sensor.