Report: Apple's iPhone event to be held on Sept. 9 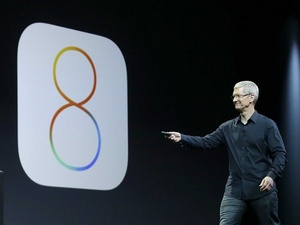 If you have been following the smartphone industry for a few years it should be painfully obvious that Apple is about to release a new iPhone – or a few – in couple months. This is also what BuzzFeed's John Paczkowski says, citing inside sources.
According to Paczkowski, Apple is going to organize the event on the week of September 7, most likely on Wednesday the 9th. That would make it the same day as last year.

In addition to new iPhones Apple will reportedly reveal a new Apple TV, and even new iPads – although still maybe not an iPad Pro. Apple likes to spread the products out a bit and have a separate event for iPads but this might not be the case this year.
Tweet
Tags: Apple iPhone Apple Apple iPad Apple TV
<Apple revamps website, integrates store >Nearly 3 million consumers ask for OnePlus 2 invites
Previous Next

Can't wait to hear the bull**** and to see the suckers for advertising be gripped by a polished piece of **it.