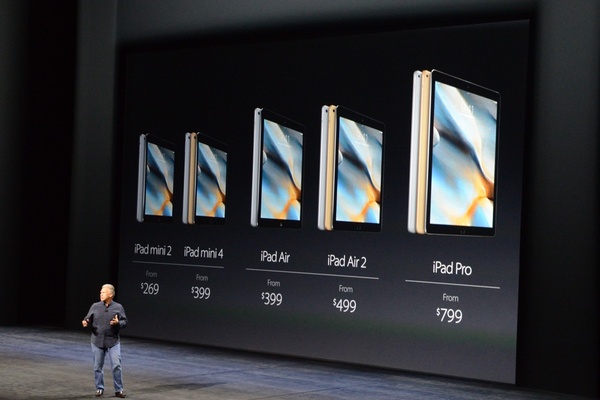 One of the smaller announcements today at Apple's event was that of the iPad Mini 4, which will offer "the performance and power of the iPad Air 2" just in an incredibly thin enclosure.
The new Mini will feature an A8 processor, a big update from the A7 seen on previous models.

Apple says the device is slightly thinner and lighter, at 0.65 pounds, and the tablet will have an 8MP rear camera, just like on the iPad Air 2.

Starting at $399 for the 16GB/Wi-Fi model, the update is likely to finally get iPad Mini 2 users to upgrade as last year's update featured nothing of note minus the addition of Touch ID. In addition, the company dropped the price of the Mini 2 to $269, a very compelling price for the tablet.

Back in my day, it was just iPad. Apple has confused me to the point where I walk swiftly across the Apple store in the mall without glancing inside.

Not only their confusing lingo has deterred me but their high prices have me holding on to my wallet tighter.