Plex is now headed to the Apple TV 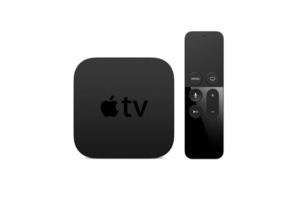 Music and movie organizing software Plex is headed to the new updated Apple TV.
The software, which allows you to organize and stream your personal collections, has been popular for PCs for quite some time and is also available on consoles on set-top boxes but has been notably absent (officially) from the aging Apple TV. Now that the set-top is getting a makeover, the company has confirmed it will be on-board.

"We are very excited to have a crack at bringing our users Apple TV," says co-founder Scott Olechowski. "It's been a long requested platform and we're excited to work on it. We want it, our users want it ... and we're anxiously awaiting the tvOS developer beta info, so we can finally dig in."

The co-founder also confirmed Apple TV would be getting a fully featured app, although not likely for a few months as development is not done as the tvOS was just released.