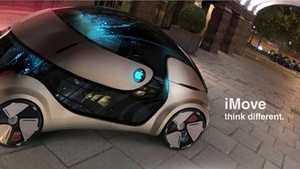 There's one company that has been associated with the self-driving car over everyone else, Google, but a lot of other companies are looking into the possible – and some would argue probable, even inevitable – revolution of automobiles.
Apple's car plans might seem far fetched, but a new report from The Guardian suggests that they might be closer to a prototype than we might have thought.

According to documents Guardian has acquired Apple boss Mike Maletic has visited the California Department of Motor Vehicles and discussed about the company's plans for an "autonomous vehicle" or as self-driving cars. The meetings have been with at least three DMV officials including some that are specialists in the field of autonomous vehicles.

Apple likes to keep their plans secret but it will be impossible as they go forward with the development of the car, unofficially named Project Titan (not the concept in the picture). The auto industry requirements for testing demand a certain degree of transparency and certainly autonomous cars will have to be tested rigorously.

In addition to Google, Apple, Tesla and Uber many of the traditional car companies are looking into self-driving cars. Currently 10 companies have been granted permits to test driverless cars on California roads.

Tweet
Tags: Apple Cars Self-Driving Cars
<Amazon Prime subscribers to get free Washington Post access for 6 months, discounts after >Sprint and T-Mobile to get Apple Watch next week
Previous Next

So what happens when you get into an iCrash???

Originally posted by ivymike: So what happens when you get into an iCrash???

I would only hope that the iParamedics can rush the victims to the iHospital.....

Is it me or is the car pictured with this article just plain butt-ugly???