Recent headlines | Now it pretty sure: Windows 11 will replace Windows 10, Win10 support will end in 2025 1
AfterDawn > News > Sprint and T-Mobile to get Apple Watch next week

Sprint and T-Mobile to get Apple Watch next week 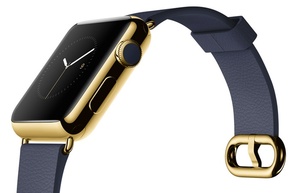 It appears that both Sprint and T-Mobile will soon begin offering the Apple Watch.
The two carriers have announced they will begin selling the popular smartwatch on September 25th, the same day the new iPhone 6S and 6S Plus start shipping.

Reportedly, the wireless providers wanted to be able to sell the Apple Watch as an accessory to the new phones, which are expected to sell in the millions on launch weekend. AT&T and Verizon have not confirmed they will be offering the watch, but it is unlikely they would let rivals do so without getting in on the action.

Until now, the Watch had only been available in select retailers and the Apple Store.