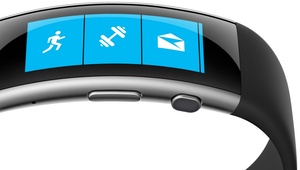 The tracker offers GPS, heart rate tracking, calorie tracking, sleep tracking, has a barometer for hiking/stairs, and it will even guide you through workouts. Cortana will yell at you if you forget to workout, as well.

Band works with iOS, Android and Windows Phone and will cost $249, more expensive than last year's model, which is generally considered a flop.

Moreover, 249 for a tracker that was a brutal flop in previous generation????

I will buy it, as I sit here wearing the first generation one. Much better than the Fitbit and the Vivofit my wife has. It does a lot more than just track fitness.