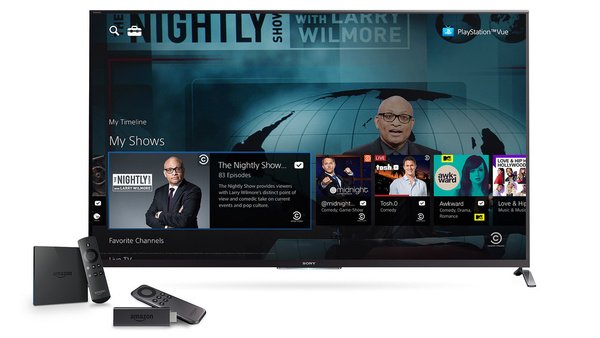 Sony has announced today that the PlayStation Vue Internet TV service is now available via Amazon devices.
As of today, the service is available through the Amazon Fire TV and Fire TV stick and Sony promises that Google's Chromecast will soon get in on the action.

In addition, Amazon is offering a free Fire TV Stick for new users who sign up for PlayStation Vue Core or Elite subscriptions and pay one month. The Core package costs $54.99 per month and the Elite is $64.99.