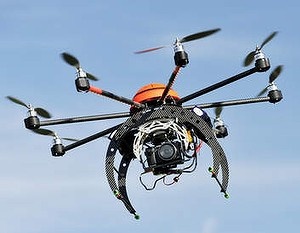 Like Kleenex is to tissues, or App Store is to, well, app stores, GoPro is synonymous with action cameras. But the company has revealed its next big thing, a flying camera called Karma.
Karma is of course an unmanned aerial vehicle (UAV), a drone. This drone will be featuring GoPro's industry leading action camera technology that has already of course been attached to numerous drones around the world.

Before developing the Karma, GoPro was associated with drone manufacturer DJI. GoPro and DJI were cooperating closely even to the point that a joint quadrocopter was in the plans. However, companies drifted apart after disagreements and DJI has since started developing their own cameras.

The flying GoPro will launch next year but other details are still scarce. In addition to the name, we do know that Karma will be a quadrocopter and we have a grasp of what type of footage it can film – given that the video was actually filmed on one.