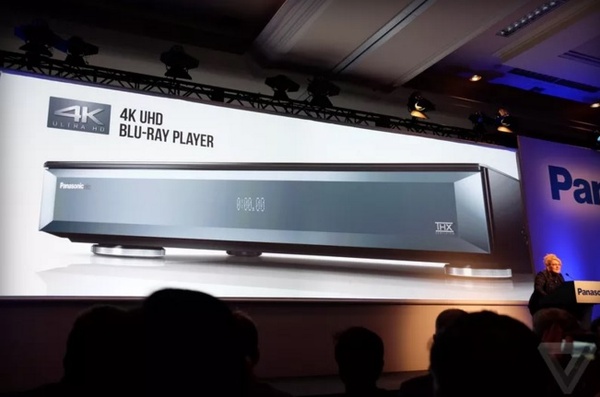 In keeping up with rivals, Panasonic has used CES to announce their first 4K Blu-ray player - set for release in 2016.
Panasonic has promised a U.S. release this year, following an extremely limited launch in Japan in November. In Japan, the player has a ridiculous price tag of $3300, but it is expected to sell for much less when it reaches our shores.

Sony and Warner Bros. have begun announcing 4K Blu-ray titles, discs which support both 4K and HDR, and will be released this year, as well.

4K man is played. A sincere stepping stone to the next generation of whatever.

1080p is just great for my tastes and 4K difference is negligible at best.

I also agree, especially for smaller screens. It's already a bit of overkill to run a 1080p display, much less 4K, on a phone. Why overload the CPU/GPU for an imperceptible (quite literally) difference?