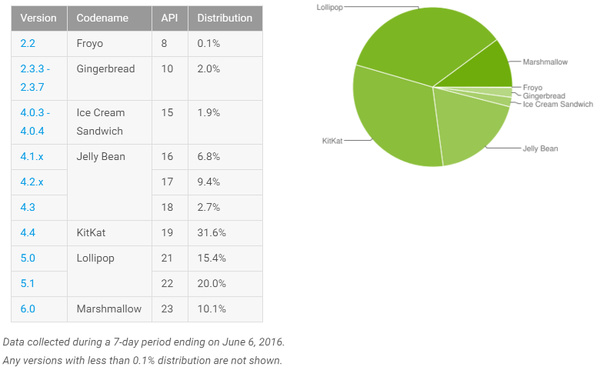 It took 8 months, but Android Marshmallow has finally hit its first adoption milestone, reaching 10 percent share of the operating system.
Android 5.x Lollipop remains the most popular, with 35.4 percent share, followed by the nearly three-year-old Android 4.4 KitKat at 31.6 percent. Perhaps more shockingly is Android 4.1/4.2/4.3 Jelly Bean which still has 18.9 percent share despite originally launching in 2012.

At its current rate, it is expected that Marshmallow will at least overtake Jelly Bean by the end of the year, as more and more smartphone OEMs update their devices to the latest OS. 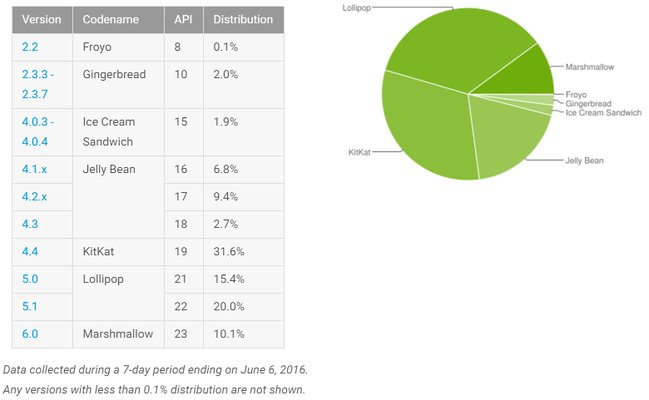 Tweet
Tags: Android Android Marshmallow
<It appears CurrentC is dead >Microsoft reneges on adding TV DVR to Xbox One
Previous Next
Comments have been disabled for this article.