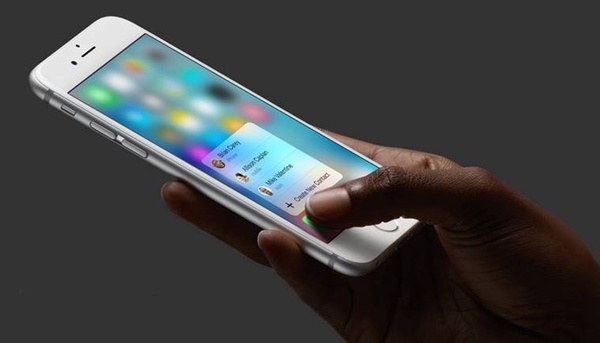 One thing about iPhone has remained superficially largely the same from the first iPhone. Even though we now have the Touch ID inside and the square is no longer present, the iPhone's round home button is largely the same as it was back in 2007.
Now Apple is said to update the key feature and remove one key aspect of it entirely.

According to Bloomberg, Apple is removing the physical button and replacing it with a capacitive home button.

This means of course that the clickiness of the button will be removed completely. This can be considered both a good and a bad thing but obviously Apple has come to the conclusion – if the rumors hold true – that the pros outweigh the cons.

Even though there is no mechanical click anymore, Apple is said to have inserted a haptic motor under the button which will give feedback from a press of the button. Also the button senses pressure in different force levels which enables new features not unlike the ones 3D Touch on the iPhone 6s display and Force Touch on Apple Watch have shown us.

Mark Gurman of Bloomberg also reiterated that the dual camera feature is likely to be found only on the larger 5.5 inch Plus version of iPhone 7.
Tweet
Tags: Apple Force Touch iPhone 7 3D Touch Apple iPhone 7
<Apple Watch update to come in two versions >Hulu to get rid of free, ad-supported service
Previous Next

Reinvention is correct. Nothing new here. When will Apple have a meaningful fresh idea again?

I have a 2012 tablet with a capacitive home button.

Originally posted by mangurian: Reinvention is correct. Nothing new here. When will Apple have a meaningful fresh idea again?

I have a 2012 tablet with a capacitive home button.

Who the hell says that Apple needs to reinvent the wheel every time they release a new device?
39.8.2016 16:23
DarthMopar
Send private message to this user
Member

iSheep will flock regardless. If they rebadged a Nokia 5180 it would be praised for it's simple, elegant, and fresh design.

Originally posted by DarthMopar: iSheep will flock regardless. If they rebadged a Nokia 5180 it would be praised for it's simple, elegant, and fresh design.

Perhaps there is a reason people use Apple products besides following Apple? Just because an iPhone doesn't have the same tech specs doesn't make it an overall inferior product.

Excellent customer service alone is a premium I will pay for, the operating system is very stable and secure, and the phones look nice on the eyes (at least for me). It's a personal choice in the end and it's unfortunate that others need to make fun of other people's business.

the majority don't buy Apple for the stability/security - it's for showing off and having the latest 'must have' handset.

not just Apple fans, Samsung, Sony, Android, Symbian etc all have their own fanbase.

This video says it all: link

Originally posted by dude845: Excellent customer service alone is a premium I will pay for


Who do you pay the premium to? I know it isn't from Apple because those "geniuses" are morons and Apple itself can't even be bothered to check new updates for bugs before pushing them to users.

Originally posted by dude845: The operating system is very stable and secure


Both statements are wrong...new versions of iOS are really buggy; the updates even frequently brick phones and security is basically gone since we know that there is an unpatched hack that the FBI is using.

Originally posted by dude845: the phones look nice on the eyes (at least for me).

You might argue that it is a matter of taste, except it is hard to tell a Samsung from an Apple without looking at the logo on the back. Heck, they are so close that Apple has sued AND WON. Of course since most smartphones look like evolved Windows Mobile devices from before iOS or Android the main differences in design are color, size, and how much space is wasted on bezels.
812.8.2016 17:53
Jemborg
Send private message to this user
Senior Member

I think iPhones do, at least, have good, even excellent, cameras in them. Being that photos are shared, that would fit into their marketing policy... that appearance is everything.

Originally posted by mangurian: This video says it all: link

Indeed. This one that follows directly after that also showcases the astute savvy of the apple enthusiast: link