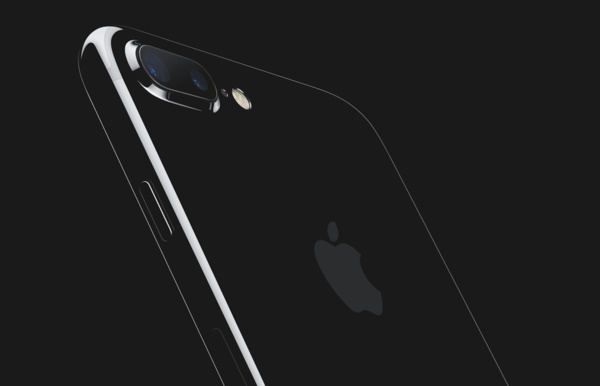 Apple announced yesterday the new iPhone duo which comes in new colors and finishes. The black version is back and even in two different shades and finishes. The matte black, called Black, is finished just like the other color versions but the Jet Black version has a glossy finish.
Even though in press photos the Jet Black version look stunning – as you can see – you have to remember that glossy surfaces gather fingerprints far easier. There is, however, another, more problematic difference.

The new Jet Black is said to scratch easier than the other versions. And no, this is not only speculation from random reporters' first hands-ons, this comes straight from Apple's official iPhone 7 site.

The high-gloss finish of the jet black iPhone 7 is achieved through a precision nine-step anodization and polishing process. Its surface is equally as hard as other anodized Apple products; however, its high shine may show fine micro-abrasions with use. If you are concerned about this, we suggest you use one of the many cases available to protect your iPhone.

As you can read above, while Apple says that it is as hard as other anodized products, including iPhones, the shine may (and will) show scratches with use. This should not be a surprise to most of the people but it does potentially make you think another time about buying the Jet Black version. And instead of case, maybe you should just buy a different colored iPhone?

I will laugh at every dummy that buys this then complains about scratches and shows me said scratches.

Anyone who doesn't have a case for their rather expensive and somewhat fragile little technology brick is a wackaloon. 'Nuff said.

Originally posted by Bozobub: Anyone who doesn't have a case for their rather expensive and somewhat fragile little technology brick is a wackaloon. 'Nuff said.

You shouldn't need a case; if people wanted phones to be thicker (as they are when in a case), batteries would be larger and there might even be room for a headphone jack or microSD slot or something. Anyway, putting it in a case negates the whole idea; at that point it might as well be that off-white-almost-yellow of PC's from the 1980's. As much as I love to bash Apple (and to be fair, Samsung as well), gloss black is a magnet for scratches, fingerprints, and dust no matter who makes it or what the device is, even if it is a TV, a 1st gen PS3, a car, etc. The only thing I really wonder is if the back cover will flex smoothly when the phone bends in your pocket, or if it will crease (I don't actually know if the 7 has a bending issue, but after two generations of Apple blaming their customers, I assume it has become a "feature")
Comments have been disabled for this article.